When Your Toddler Grabs from the Baby 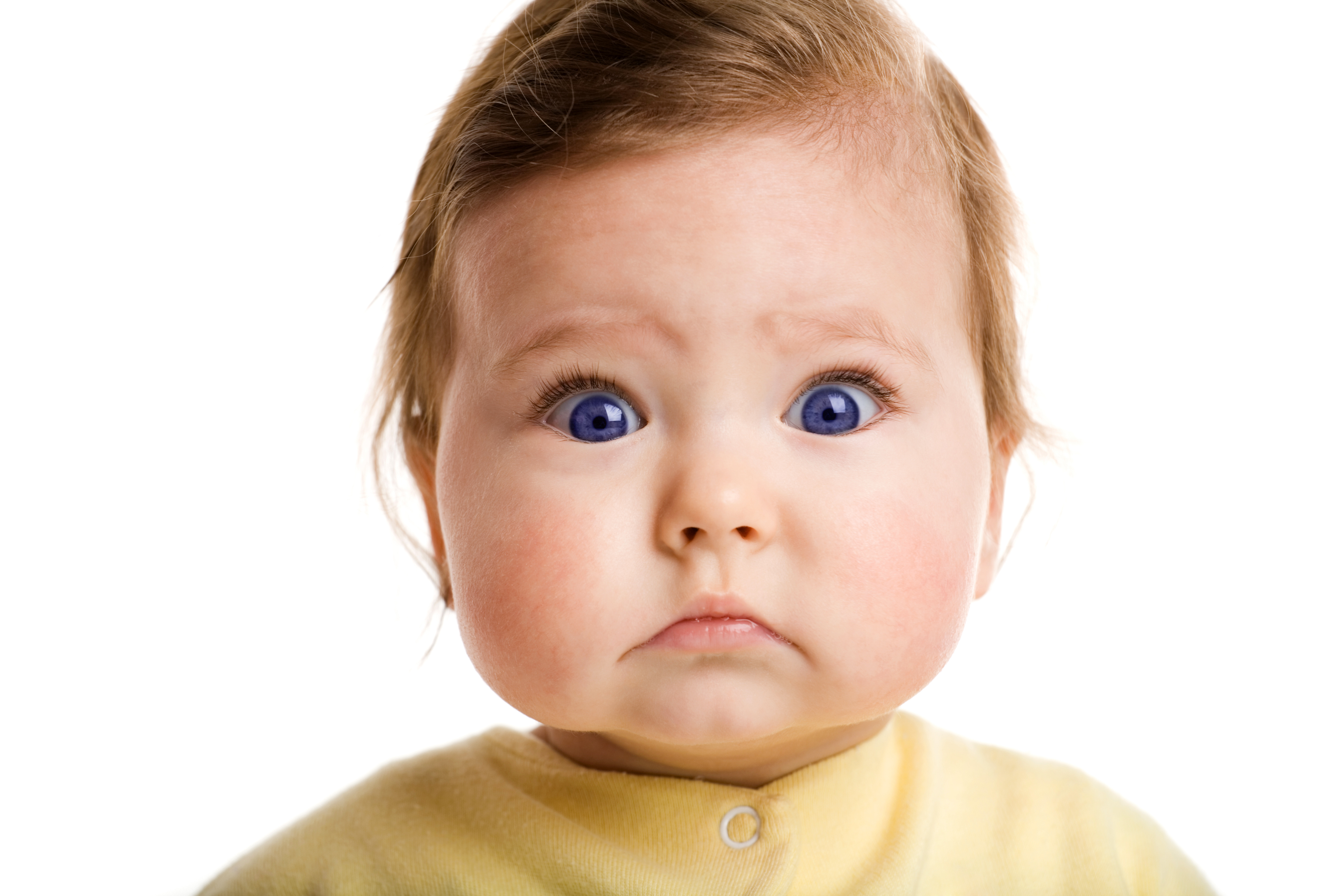 “Now the 3 month old is starting to play with toys, and the toddler always grabs them away from him. The baby is still too small to care that the toy gets taken... for now. Until now, we've handled sharing toys as you suggest -- we don't force it, we talk about taking turns, asking the other child if they're done, etc. I'm a little less sure how to apply this logic when there is an age discrepancy. We can't ask the baby if he's done. I feel quite certain that I don't want to force my toddler to share, but sometimes I find myself saying, "Your brother is using that!" because it seems like he shouldn't just be able to take every toy the baby plays with.“

There's a reason "taking candy from a baby" has come to symbolize an easy but immoral abuse of power.

That's because his behavior isn't actually about the toy he's grabbing. Compulsive behavior of any kind signals a deeper unmet need or feeling we can't verbally express. In other words, if your child "always" grabs whatever the baby is holding, then he has some big feelings that are driving him to compulsively take from his sibling.

Usually, when young children feel a desperate urge to take things from their younger sibling, it's an attempt to remedy feelings of loss from having to share so many things with the baby -- even their parents.

Is grabbing toys always about sibling rivalry? No. A 26 month old is just developing social skills, and this could even be seen as a clumsy attempt to "relate" to his brother. So in cases where the toy grabbing is sporadic, and the baby does not object, I don't think adults need to intervene. Children aren't always unhappy about the toy being taken from them, and they learn a lot from the interaction, whether they're the grabber or grabbee.

But in this case, the grabbing is constant, so it sounds like both kids will benefit from adult support. Whether this is sibling rivalry or simple toy envy, it's a terrific opportunity to teach your son some social skills AND help him process his feelings, while you let your baby know you're there if he needs you. Here's how.

Why? Because your 26 month old isn't actually aware of what he's doing and what effect it has on his brother. He's just feeling an impulse and following it. Your words help him develop self-awareness.

And while your three month old isn't quite sure yet what you're saying, he knows you're acknowledging him, which matters.  He needs your help to understand social dynamics.

If you can do it with empathy and as little judgment as possible, it helps both children feel heard, which diffuses upset feelings. (Some version of this works from babyhood right through the teen years.)

2. Empathize, and ask questions to build empathy. "That rattle sounds pretty great, doesn't it?  You want to shake it, too.... Your brother looked surprised when you took the rattle... I wonder if he was done with his turn?.... What do you think he would say if we asked him?"

3. Don't force children to share. I appreciate your certainty that you don't want to force your toddler to share. Research confirms that forcing sharing actually delays the development of generosity and sharing skills.  Kids need to feel secure in their ownership before they can share. Instead, as you've apparently done, I suggest families introduce the concept of taking turns. (“Baby has the rattle... Then it will be your turn.")

4. Let the child in possession of the toy decide how long his turn lasts.  If kids think adults will snatch a toy away once the adult's random idea of "long enough" has passed, you're modeling grabbing, and the child usually becomes more possessive. If, by contrast, the child is free to use the toy for as long as he wants, he can fully enjoy it and then give it up with an open heart.

But how do you know whether the baby is done with his turn?  Teach your son to ask. "You want the rattle? I wonder if your brother is done with it?  Why don't you bring him a different toy, to see if he's ready to swap?"

Now, most of the time, the baby will happily switch toys. He'll probably think it's a game. That's fine. Your son is still learning reciprocity, and to respect the baby's turn. But of course as the baby gets older, this won't always work. Teaching your child to offer a swap from the time the baby is small lays the groundwork for him to respect the baby's choice as the baby becomes assertive and clings to the toy.

5. Help your son wait for his turn. Since you're a parent, you've already noticed the hard part about letting the toy-holder decide when his turn is up-- the other child has to wait! Naturally, kids find that excruciating.

But a rigid attachment to a specific toy isn't really about the child's need for that toy. It's about his desperate attempt to regulate all those feelings spilling out of his emotional backpack.  He thinks that if he can just have that one toy, things will be ok. (You probably know adults like that. :-))

But of course, as soon as he gets that one thing, the baby will pick up a new toy, and the older child will desperately need to take that new toy to feel okay.

The best way to help your child work through those desperate feelings is to make it safe for him to show them to you. So after you've spent a few days working with these ideas, including making it clear that the person who has the toy decides how long their turn will last, you can begin intervening to hold that limit.

When your son starts to grab from the baby, put your hand on the toy to stop him. Say "I see you want that.... It's still the baby's turn.... Your turn will be next... Can you find another toy to play with right now?"

If he happily finds another toy, terrific! If not, he will either get angry, or begin to cry. If he gets angry, soften yourself and speak to the upset under the anger:  "I'm sorry it's so hard, Sweetie... I'll help you wait."  Your compassion will help him move past the anger to the tears underneath.

When he cries, remind yourself that it's okay for the baby to hold on to the toy, and for your older child to wait. Those feelings aren't really about that one toy, but about the fact that your older child feels forced to share everything with the baby.

Stay close, tell him he's safe and you're right there. Your goal is to create safety with your empathy: Acknowledge how much he wants that toy, and how hard it is to wait for his turn. Don't worry if he cries harder at that -- we all feel safer to "let it all out" when we feel understood.

So the way to "cure" your son's compulsive grabbing is to give him a chance to actually face all those uncomfortable feelings that he's trying to stave off with his grabbing. When we (humans) experience our emotions without acting on them, the emotions dissipate. Little children, especially, often have emotional backpacks overflowing with upsets they haven't felt up to facing. It's your loving, compassionate presence that makes him feel safe enough for that deep dive.

But the amazing thing is, after "showing" you those pent-up emotions, he probably won't even care about the toy he was waiting for, and you'll see his grabbing diminish.

What can you expect after this "scheduled meltdown"?

And the best news of all?

Because once you clear out all that fear and resentment, sibling love has a chance to grow.