What Every Parent Needs to Know About Praise

How To Raise a Child of Character Peaceful Parenting

"An impressive body of scientific research has shown that the more we reward people for doing something, the more they tend to lose interest in whatever they had to do to get the reward. Now the point isn’t to draw, to read, to think, to create – the point is to get the goody, whether it’s an ice cream, a sticker, or a 'Good job!'"-- Alfie Kohn 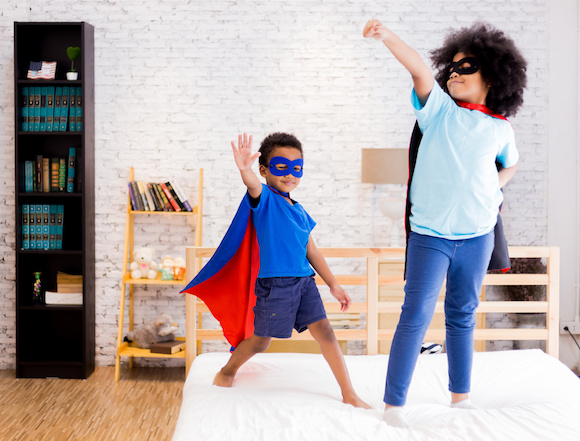 Many of us didn't get all the positive encouragement we needed as we grew up, and we know that criticism can undermine a child's morale and self-esteem. So it's confusing when we hear about research showing that praise -- at least as we usually give it to children in this culture -- often backfires.

In fact, when I write about this research, I often receive comments from frustrated parents who worry that the one thing they KNOW they're doing right -- giving their child positive encouragement -- is now being criticized.

So let me set your mind at ease. This research does NOT suggest withholding your love or encouragement, ever.  Children need love and encouragement like they need vitamins. They need to know that you notice and appreciate when they try something new, or work hard at something, or express values you admire, like courage or compassion.

In fact, the research on praise is good news, because it helps us see how to tweak our approach to positive encouragement, to make it a super power for our children.

What exactly is this research?

You may have heard that children who receive rewards are likely to stop taking joy in a job well done, because the extrinsic reward overshadows the intrinsic reward of internal satisfaction and pride. So kids who are given money for good grades lose their curiosity and desire to learn, instead focusing on pursuing the monetary reward, even to the point of being more likely to cheat.

Luckily, there are ways to comment so that children are more likely to value reading, vegetables and generosity. Just not the way we thought.

But before we get to that, let's review a few more insights from the research about the effect of praise.

Most parents know that negative judgements undermine children, and at least try to bite their tongue instead of saying "What?! Are you an idiot?!"

But it turns out that positive judgements like "What a smart boy!" also sabotage children. That's not intuitive, right? We think we're building our child's confidence. But it turns out that children who are often told they're smart begin to feel less confident. They know their smarts are limited--there is so much they don't know! When they have to work hard at something, they assume that means they aren't smart. They don't feel they have any control over how smart they are, and they don't know how to get any smarter. They don't want to disprove our opinion, so they avoid situations in which they may not appear so smart, such as learning new things they might have to work at. So they often simply give up at a task they could master with a little effort.

The final -- and maybe most worrisome -- research I want to share with you is that children who are given a lot of conventional praise conclude that someone is constantly evaluating their performance. They become more insecure about expressing their own ideas and opinions, less likely to raise their hand in class and venture a comment. Conventional praise teaches children that their value is constantly being evaluated from outside, so they become constantly worried about whether they're measuring up. They become praise junkies, unable to take pleasure in their accomplishments unless another person tells them "Good Job."

The good news is that there are better ways to give our children encouragement. In fact, when children feel seen, accepted and appreciated for who they are, that becomes a super power, an internal source of affirmation that outweighs any external evaluation and gives them an internal compass to express their values, from compassion to hard work.

So when you find yourself starting to say "Good Job!" or "Good Sharing!" try these phrases instead.

1. Empathize with his excitement (instead of evaluating and telling him what you think about his accomplishment.)

"Yes! You're pedaling all by yourself!"

2. Let her know you're really seeing her (and let her evaluate whether what's she's doing is working.)

"I see that you're doing the sides of the puzzle first."

3. Empower him to choose how to behave in the future by pointing out the results of his behavior (so he develops his own moral compass.)

"Look how happy your friend is to have a turn with your toy."

"You're working so hard on that.... I think just a little more practice and you'll nail it!"

5. Be specific in your description (so your child feels his accomplishment is seen, rather than just a global "good job.")

"You counted from zero to twenty! Last week, you couldn't count that far. I see that you've been working on learning those numbers!"

6. Ask questions to help your child reflect (so she begins to trust herself to be the arbiter of her own performance.)

"Do you like the way it came out? Why or why not?"

7. Express your own feelings, including gratitude.

"I love it when we work as a team like this! It makes the work so much faster! Thanks so much for helping me."

Notice the difference?  You're not judging your child. You're loving him. As Deepak Chopra says,  "Love is attention without judgment. In its natural state, attention only appreciates."  That's the kind of attention every child needs.