How To Raise a Child of Character Peaceful Parenting 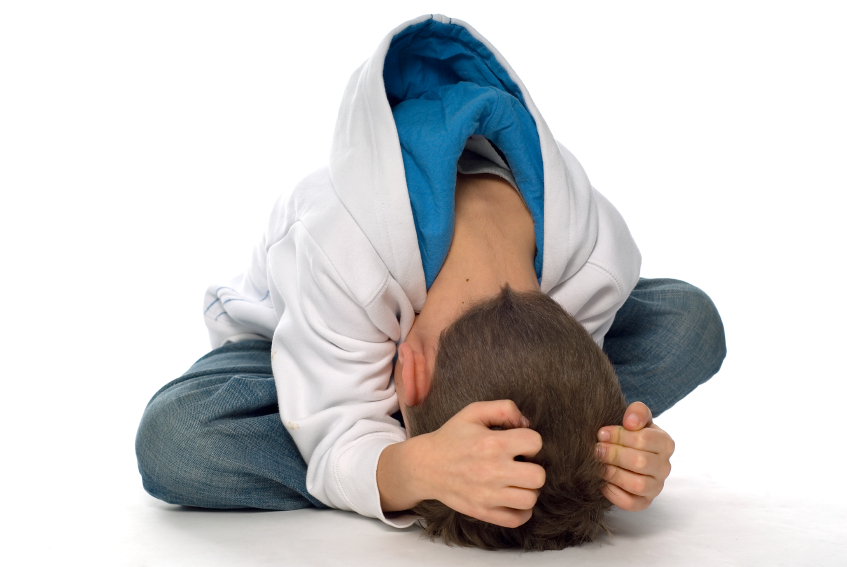 "Children learn to regulate their behaviors by developing an emotional 'clutch,' located in the prefrontal cortex, that can turn the accelerator off when the brakes are applied and redirect their interest in more acceptable directions. An activated accelerator followed by the application of brakes leads to a nervous system response with a turning away of eye gaze, a feeling of heaviness in the chest, and a sinking feeling." - Dan Siegel and Mary Hartzell

The mild feeling of shame -- the prefrontal cortex clutch shifting -- is how kids learn to shift themselves from "forbidden" behavior to acceptable behavior.

Think of one of our ancestral tribes. The excited three year old rushes into the serious gathering of adults, shouting about his discovery of a cool bug. The chief looks askance at him. His internal "brakes" rein in his excitement. Inside, he feels a sinking feeling, a heaviness in his chest. He turns his eyes away, looks down.

That's shame. The "forbidden" behaviors that trigger shame vary across cultures, so we know they are learned, not innate. But that feeling of mild shame, that mechanism for learning to regulate behavior so we can live communally, is universal in humans. In its mild form, that feeling of shame is nature's way of insuring that young humans learn to live with other humans and follow the rules of the tribe. You might even think of it as the beginning of the voice of conscience.

So there is nothing wrong with this instinctive response to correction that happens inside all children -- IF -- and it's a big "IF" -- the child is then reassured rather than punished, so he can integrate the teaching and still feel like a good person.

Watch what happens next, as the three year old's mother or father intervenes. They gently scoop the child into their arms and smile reassuringly. They take him out of the hut and admire his bug. They explain that the adults are too focused on their concerns at the moment to be interrupted, and suggest that maybe he can show his grandfather later. If they think the child can handle it, they might suggest that he make a repair to the adults, simply by returning to the meeting in the parent's arms and listening respectfully for a short time, to show that he understands what is appropriate behavior.

So the child learns from his instinctive reaction what is appropriate behavior in the context of his tribe. Because his parent understands, he doesn't feel like he is a bad person. He still feels connected. He even learns that he can make a repair when he makes a mistake.

But what if the parent had instead scolded him, or even punished him? That appropriate instinctive mild shame reaction would get all mixed up with the emotions we all have when we're punished-- feelings of anger, of not being understood, of not being good enough. In other words, the child is left feeling alone and defective, not good enough in the eyes of the tribe. That's the definition of shame.

So if the child's "transgression" is followed by punishment -- or even stern lecturing that makes the child feel like a bad person, especially if this is a repeated experience -- the child will grow up with what Brene Brown, the leading US expert on shame, calls "toxic shame." That shame will flare up throughout the child's life, undermining his confidence whenever he hits a bump in the road.

You probably know the feeling of shame. We've all felt it. But often it's so unbearable to us that we develop a repertoire of ways to fend it off -- everything from avoiding any risk, to substance abuse, to passing the shame on to our own children.

How do we pass shame on? There are many ways. But just imagine for a moment that your child is ramping up into a tantrum at the market. You feel everyone staring at you. If you're like most parents, you feel on the spot, criticized, unsupported, completely alone. Even worthless, like you're secretly defective and now everyone will know. That's shame.

So if you're like most humans, at that moment, you try to deflect that intolerable feeling in any way you can. You make it your child's fault. You hiss a threat or a reprimand. In that moment, your child shifts from the problem she was having -- being tired, or hungry, or simply needing to run around. Now, she feels cut off from her connection with you. She feels alone, all eyes on her. She feels shame.

That's one way we pass shame on to our children. Is that the end of the world? No, not if it's an isolated occurrence and you make a repair afterward. No parent is perfect. Every one of us has sometimes let our own issues spill over onto our children. Kids are resilient, and they can handle those isolated incidents, and even learn from our repairs.

The point is that if we aren't aware of our own tendencies to shame, we won't notice when they get triggered. We'll just act them out onto our children, passing shame down to the next generation.

But it is possible to stop the cycle. Any parent can do it. That's our next post.