Letting Go When Your Teen Heads for College

"We need to rethink the old metaphor of separating from our teens and replace it with the concept of extension. That is, during adolescence, teenagers need to extend away from their parents, all the while staying connected to their parents. Their job is to extend; your job is to connect."
-Michael Riera 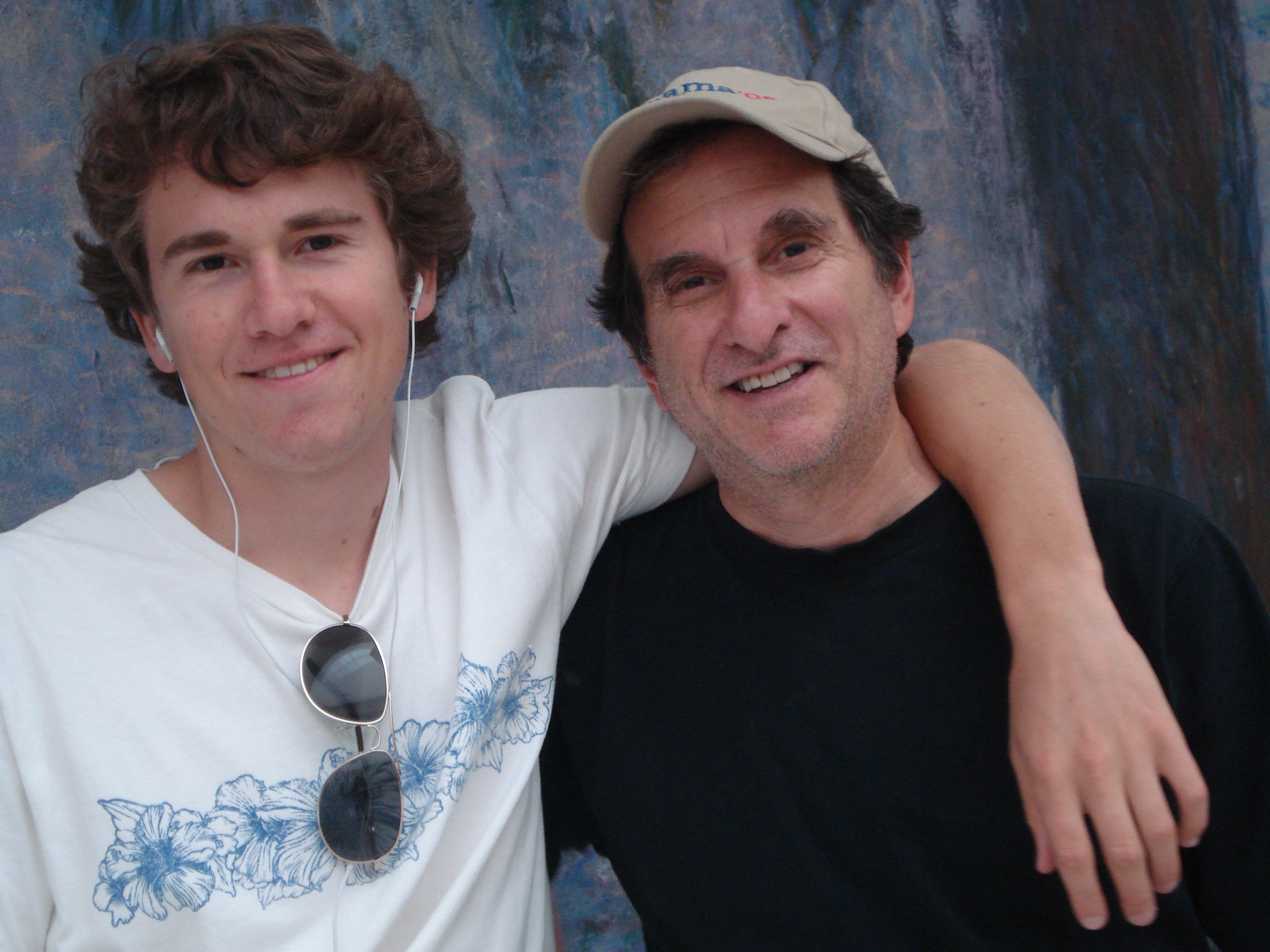 My Aha! Parenting moment this week is about letting our kids take the lead. This is my son's first month at college. We email back and forth several times a week about logistical stuff – "Mom, will you mail me something I forgot?" – so we’re in touch, but he doesn’t seem to want to chat on the phone. He never calls us. When I call him, he handles the logistical part of the discussion well, but when I ask “What are you doing tonight?” or “Who are you hanging out with?” or even “What’s your first paper on?”  he tells me he’s too busy to talk.

Often, it’s because I’ve caught him in the dining hall or on the way to class, but sometimes he’s just reading in his dorm room. So I know that he actually could sit and chat with me. Before he left for college, we talked all the time, although he's never been much for talking on the phone.

I remind myself that if he started talking with me, he would miss me more. It's easier for him not to go near those feelings that might lead to homesickness. Of course, I’m missing him, so I'd love to hear what's going on in his life. I console myself that he really is caught up in a whirlwind of new experiences, and I can hear in his voice that he's happy.

Last Friday evening I found myself on the subway train that my son took to school for six years. I reminisced about how he would call me every day as he got off the train, to let me know that he would be home in ten minutes. He started this at age 12, but continued right through until he left for college. If it was after midnight, he would text. I wondered how he felt now, on campus, on his way home to his dorm room, with no one to call. Did it make him feel alone, abandoned? I decided he probably felt liberated.

Until that night at 2:30 in the morning, when the phone rang:
"Eli? Are you ok?"
"I’m fine, Mom. I was just on my way home from hanging with my friends, and I thought I would call to tell you I love you."

He didn’t seem to realize that there was anything inappropriate about calling at 2am. But I didn’t care. I was so happy for that call. I don’t expect him to repeat it often, but anytime he wants to call us at 2am it’s fine with me. I’ll even try to wake up enough to chat for a bit if he wants to.

When Eli was a baby, I let him take the lead on separations. If he seemed comfortable, I let someone else hold him. If he reached out for me, I took him back. When he wanted to “do it myself” as a toddler and climb to the top of the monkey bars, I let him, just spotting in case he fell. I’ve been following his lead ever since, letting him start sleepovers at 5, commute on the subway for an hour each way at 12, go on a group trip to Spain for a month at 16, come home without a defined curfew in the wee hours of the morning at 17.

I think navigating these separations is always harder for the parent. Kids need to exercise their wings, but it’s hard for parents not to take it personally. I suspect this is at the heart of much of the dramatic fallout that often happens between teens and their parents. We worry, we can't let them go, we even feel hurt that we're no longer needed--so we fight with them about stuff that doesn't actually matter.

Because the truth is, letting go of our kids is really hard. As my child, he’s central to me, to my life. But as his parent, I’m peripheral to him. It doesn’t mean they don’t love us. It’s not something to take personally, or to be offended by. But it can be a wrenching realization – even though we all know that as much as we may love our parents, they’re not usually central to our lives after we leave home.

You know that Kahil Gibran poem? I don’t think I ever really understood it until now.

Your children are not your children.
They are the sons and daughters of Life's longing for itself.
They come through you but not from you,
And though they are with you, yet they belong not to you.

You may give them your love but not your thoughts,
For they have their own thoughts.
You may house their bodies but not their souls,
For their souls dwell in the house of tomorrow,
which you cannot visit, not even in your dreams.
You may strive to be like them,
but seek not to make them like you.
For life goes not backward nor tarries with yesterday.

You are the bows from which your children
as living arrows are sent forth.
The archer sees the mark upon the path of the infinite,
and He bends you with His might
that His arrows may go swift and far.
Let your bending in the archer's hand be for gladness;
For even as He loves the arrow that flies,
so He loves also the bow that is stable.

So we’re supposed to raise our kids to move into the future without us, in gladness. To the bow, the arrow is its purpose. To the arrow, the bow is just a launching pad.

Of course, that's a basic truth of life, that all parents eventually accept. And I guess I will too. It’s just that it happens so fast. When they’re born, it seems like they’ll be waking up at night forever. And then, before we know it, we’re more and more peripheral to their lives.

Except, if we let them take the lead in navigating separations, and we’re lucky. Then we might just get that occasional 2am phone call, just to tell us they love us.

Eight Discussions To Have with Your Teen Before College