I had a major Aha! moment, one summer when my almost 14 year old daughter had some friends over for a sleepover. Now, this was the second night in a row of sleepovers, which is not something we normally do. I agreed reluctantly, after extracting several promises from my daughter, including her reassurance that the girls would have the lights off and actually try to go to sleep at 11pm. Not only did they have to get up for summer camp at 7:30am, but I personally wanted to be in bed at 11pm. 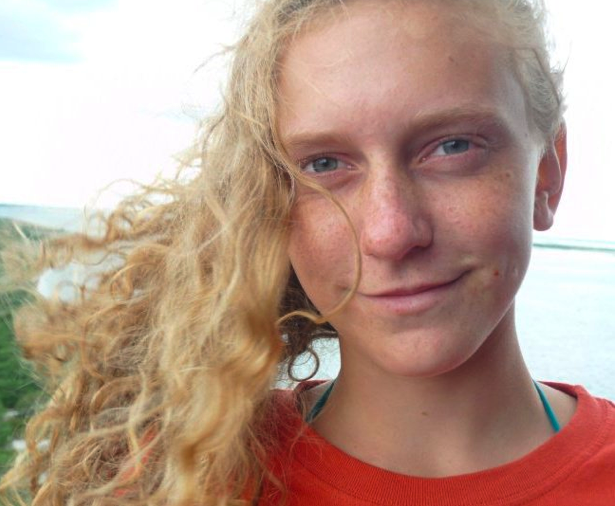 I knew one of the girls likes to stay up late at her own house, so I made a big deal about this, pointing out that if they wanted to stay up late, I would recommend they sleep at their own houses.

The next day, my daughter shared with me that the other two girls had wanted to wait until I went to bed and then get up and sneak outside. My daughter nixed it, pointing out that she had an agreement with me. One of the other girls -- and by the way, these girls spend a lot of time at my house, and I had made the agreement clear to them as well -- argued:

"You won't do it just because your Mom said No? Who cares what she wants? Why would you just do what your parents want?"

My daughter answered:
"Because I want to!"

And that was the Aha Moment. Plenty of kids DON'T want to do what their parents want them to, particularly by the time they're 14. And of course Alice has plenty of times when she wants something different than I do, which can lead to long discussions about why she should be allowed to do something I'm reluctant to permit. This sleepover, in fact, is a good example of a time when I decided to allow it -- but only after we agreed on certain terms.

Of course Alice wanted to fulfill those terms. She knows our whole relationship is based on trust, and our relationship is one of the most important things in her life. If she had broken our agreement, and I had found out, I would have been terribly wounded, and she knew that. At core, Alice keeps her agreements with me for the same reason I keep mine with her -- we would never intentionally hurt each other.

We tend our relationship, we nurture it and make repairs when it frays, and we would no more betray each other than we'd set fire to our house.

Before you assume that my daughter is just a cooperative, compliant kid, I need to explain that she's extremely strong-willed. When she was a toddler, people used to say things to me like "I pity you when she's a teenager." Every step of the way, I have worked to stay connected to her, because I found that more fulfilling, but also because it was the only way to keep her cooperating. She and I joke that if she hadn't had such an understanding mother, she would have ended up as a criminal. Given her innate rebelliousness, this is only partly a joke, to both of us. So insuring that a kid like this would talk to me right through the teen years was a high priority to me starting in the toddler years!

The interesting thing to me is that the friend in question has told Alice she and her mother have a terrible relationship. Clearly, she wouldn't think twice about violating an agreement with her mom. And yet she says that Alice is so lucky to have "the best Mom in the world." She clearly can't even imagine the kind of relationship Alice has with me, and the fact that it isn't about having a great mom, but about working together to have a great relationship.

I have to admit, it brings tears to my eyes to think about this girl's disconnection from her parents, a disconnection she is clearly now making worse with her behavior. I know her parents love her. I know she longs for their love. I wish I knew her parents well enough to have this conversation. But even more, I wish I could tell every parent of a six year old to start now to build a close relationship with their child. You'll be so grateful you did, when they're 14.

This whole website is designed to help you build that relationship. But here are the basics. The earlier you start, the better.

1. Stop raising your voice, and start listening. Especially when tempers flare and you get upset. If you fly off the handle, you erode the connection with your child. If you listen and try to see things from your child's point of view, you create a bridge of understanding that will last the rest of your life. Notice that to do this, you need to regulate your own emotions. Kids lose respect for parents who indulge in their own tantrums.

2. Foster emotional intelligence. Kids with high EQ make better choices, because they aren't driven by the need to prove themselves with their peers, or by their own upsets that they can't manage. To raise an emotionally intelligent child, start by offering emotional safety, soothing, and empathy. Then, model how kids can express their needs and feelings without attacking others. Finally, allow all emotions, even while you limit behavior.

3. Stop punishing. You never need to punish to teach your child a lesson. Just set whatever limits are necessary, with empathy (which means acknowledging your child's perspective). Punishment erodes the parent-child relationship so your child loses the desire to cooperate and follow your lead. It also makes your child more likely to lie to you.

4. Prioritize the relationship. Kids can't articulate it, but they want to know that we adore them, believe in them, and find such value in them that caring for them makes us happy. When we constantly give them the message that other things -- our phones, our work, their siblings, keeping the house picked up -- are more important, they don't develop the unshakable inner happiness that allows them to make good choices in life. When kids feel disconnected, they act out, so strengthening and sweetening your interactions with your child is the recipe for more cooperation, as well as a better relationship. Maybe the most important thing you can do to help your child thrive is simply to enjoy your child and take pleasure in who he or she is.

This respectful parenting raises a child who tends their relationship with you. And that makes for a trustworthy teen.