School Age How To Raise a Socially Intelligent Child

In elementary school, alliances often shift. Some children seem to easily find a welcoming group of friends; others struggle to get along or to find other kids who share their interests. Some children make a best friend; many wish they could. Here's how you can help your child take their social skills up a notch and work through issues with friends and peers. 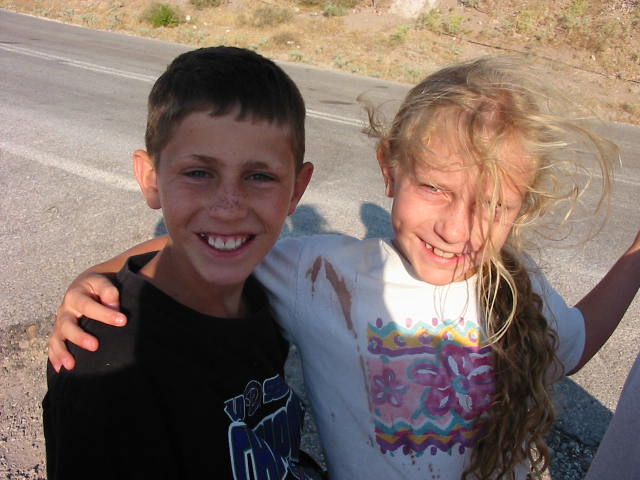 1. Listen when he has peer challenges, which all kids do.

If you tell him what to do, you imply that he's incompetent, and you aren't helping him learn. Instead, help him to clarify his feelings, and to problem solve the issue.

2. Don't take sides when she fights with her friends.

Listen to her views and empathize with her feelings, but resist the impulse to demonize the other child.  If you suspect that your child is being unfair, try wondering with her about the other child's point of view, but again be careful not to blame your child:

"I wonder what was going on with Angelina that she said such mean things....I wonder if maybe her feelings were hurt when you and Jing Lin wouldn't join her club."

3. Help her learn how to express her needs without attacking the other person.

This is a challenge for all of us, so kids need our guidance, and to practice. So when your daughter yells "You're too bossy!" at her friend, you might say "You sound really mad at Isadora....Can you tell her what you want, instead of  what you think about her?"

4. Coach him to stand up for himself.

Every child needs this skill. Some will need more role playing than others. "It sounds like you want to tell Josh that you like to wrestle with him, but you need some rules to feel safe, like STOP means STOP? That can be a hard thing to say to a friend. Let's practice it together, so you feel more comfortable."

5. Avoid negating your child's perceptions about another person.

Instead, reflect and help clarify. For instance, instead of saying "I don't think Kiesha meant to be mean to you, and of course you can't disinvite her to your party!" try empathy:

"It sounds like when Kiesha said that in front of the other kids, it really embarrassed and hurt you. You think she did it on purpose, and it makes you so mad you don't even want her at your party."

With this kind of support, she's likely to get past her hurt and anger and make a better decision about how to proceed.

5. Make it a habit to acknowledge and reflect feelings instead of dismissing them.

Often, we parents have such a hard time seeing our child in pain that we get angry at the other child. We say things like:

"He's not a good friend to you. Let it go and find a new friend. Good riddance!"

But that doesn't help the child at all. Comments that tell our kids to just get over someone they've cared about, or a hurt they've suffered, simply dismiss our child's legitimate feelings and keep the child stuck in hurt and anger.

When you instead keep your own upset in check and empathize with your child's feelings:

"Having your friend say something like that to you could really hurt."

he gets to feel them fully. That might means he gets more upset momentarily, but once he gets a chance to feel the emotions, they begin to dissipate. Once he feels better, he can do better problem-solving, whether that means talking with the friend, or ending the friendship.

6. Bossiness is often a challenge with early elementary schoolers.

All children want to get their own way -- but they still want other kids to play with them. Learning to negotiate is a critical skill at this age. Try asking questions to guide your child to solve the problem:

“Is it more important to you to play the game your way or to have Catherine play with you?”

When another child is bossy, your child may need suggestions from you about tactful ways to negotiate with her friends. Help her with scripts:

“I really want to play with you, Jasmine, but we’ve been playing dress-up all morning, and I don’t feel like it anymore. What can we do that we both want to do?”

7. Help him to think through various problem-solving options.

Often, once kids work through their feelings, they know what action to take. “I’m not mad at Sam anymore and I miss playing with him. I’m going to knock on his door.”  But if he doesn’t, help him brainstorm. Sometimes he'll need help from you to know how to say no in a way that keeps both his friend and his integrity.

8. If your child is having a hard time, consider what kind of support will help.

For instance, some children don't pick up on social cues and need help to learn specific skills, like how to join a group. Others don't listen to their friend's ideas, or physically get into each other's space. Observe your child as he or she plays with another child, and see if you can pinpoint what is going wrong. Later, without blame or shame, act out a similar scenario with stuffed animals and ask your child what the characters should do. Make it funny to defuse any tension.

Reading books about social skills with your child can also be very helpful, as long as your child feels you're partnering with her to support her, rather than trying to "fix" her. There are some good books for kids listed at the bottom of this page.

If you don't know where to begin to help your child, try reading a good book for parents on social skills so that you have more understanding of what your child needs to learn and can give targeted support. There are suggestions at the bottom of this page.

9. Be sensitive to cues from other parents and children, and intervene to support your child to move past aggression.

When kids get into patterns of relating, these can become habitual. Using force is a great example; parents often excuse this tendency as understandable in little ones (which it is) but then feel helpless about how to respond when their 8 year old socks a playmate. When kids (even two year olds) act aggressively, it's a signal that they need our help with the big feelings driving their behavior (usually fear). When an elementary schooler is still resorting to force, that's a red flag that your child needs your help.

For instance, if a parent says your son hit her child, take it as a wake up call. Don't shame your son, but help him think about how he would have felt in the other child’s shoes, and help him write a note to apologize. Explore fully with him what happened and what he can do to control himself next time. Be clear that regardless of provocation, what he does with his body is always his responsibility.

Then take a hard look at your son's life. Is your son a sensitive kid with lots of big feelings locked away that he needs your help to process? Is he witnessing force being used against others in your home or on TV? Are you using force (including dragging him to timeout) as discipline? (For more info on why this kind of discipline backfires, please see the section on Peaceful Discipline on this website.)

Recommended Books for Kids and Parents:

PLEASE NOTE: These books are Amazon links with photos of the books. If you are not seeing them on your page, it may be that your browser is not picking them up. Please try a different browser. Enjoy!