14 Month old- How To Discipline? 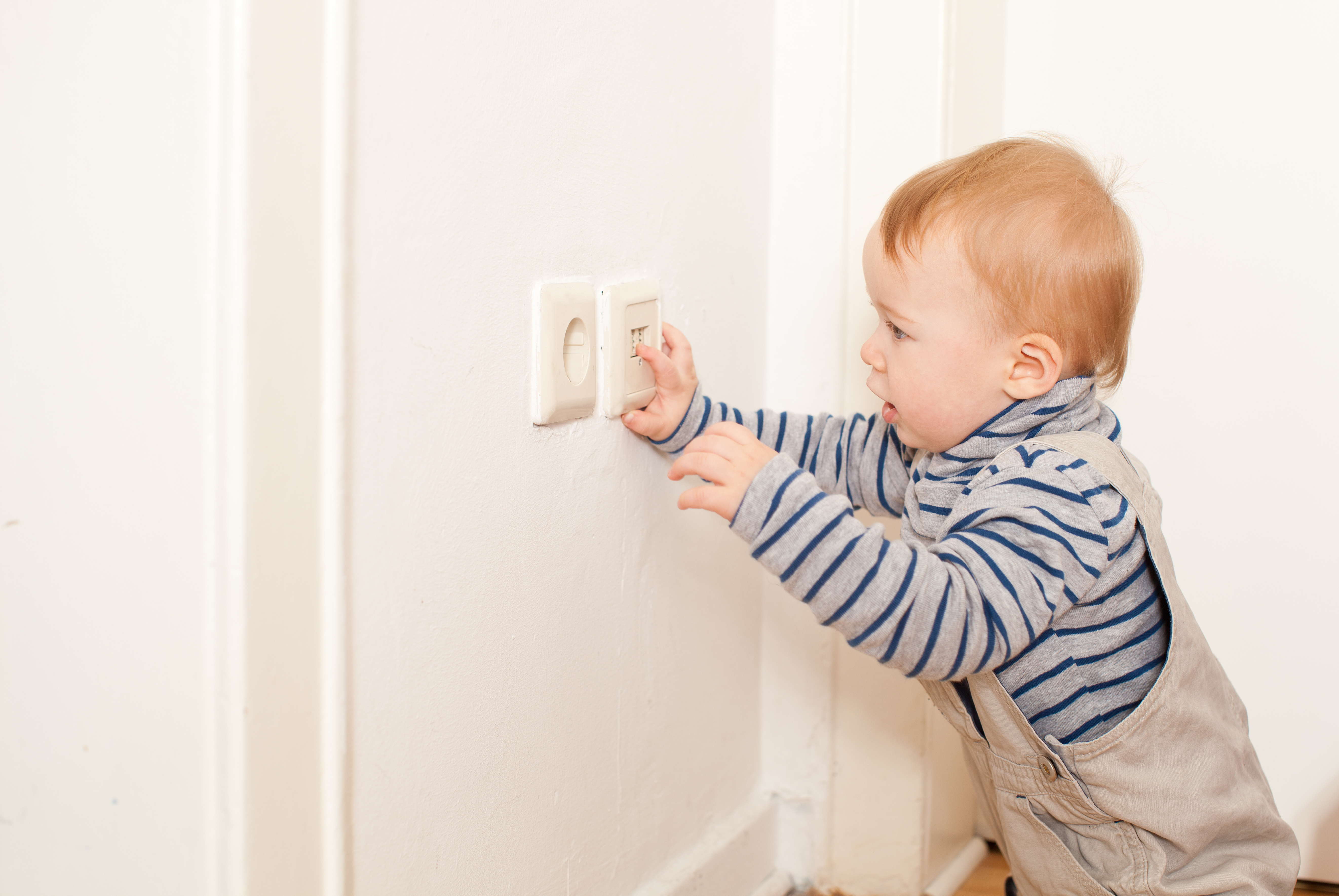 Hi Dr. Laura,
I am in great need of help. I have a 14 month old and I don't know how I'm supposed to discipline/set limits and enforce them with him. I've read a lot of your articles, but it seems they apply to older toddlers, those that can communicate verbally with you. How am I supposed to get through to my son when I say "No, don't touch that" (like the laptop), or "No, that's dangerous" (like reaching up for the stove knobs), or "No that belongs there" (like pulling anything in his reach down like diapers on a shelf, a hanging kitchen towel, or opening drawers and taking everything out), etc. and he just keeps doing it?

I know I'm doing it the wrong way (I say no too often, I get so frustrated I find myself going to slap his hand) but I don't know how to apply the right way to a child his age. When I say no he thinks I'm playing a game even though clearly I'm upset. And I don't think comprehension is an issue because he understands so much - I'll say let's go wash your hands and he'll walk to the bathroom, I say time to eat, he'll walk to the high chair.

He's not speaking yet and I expect it may take him a bit longer just because he's learning two languages at once (I speak to him in spanish), and I'm told that's to be expected when they're learning more than one language. My mom says I was the same way - it took me a bit to start speaking but when I did I was speaking both languages. He's starting to signal though (point at things).

So how am I supposed to do this? And without punishment? I say no, and he just goes and does exactly what I told him not to do. Repeatedly I say No and repeatedly he just does it. I've tried getting down to his level and telling him no in a calm way but still he just thinks it's fun I guess.

He has started doing a tiny bit of the typical tantrums when he doesn't get his way (for example, he wants to go outside and can't), and I've read from your articles that to try to prevent tantrums one should give him power over as many decisions as possible (like what to wear, eat, etc.) But again, I find this advice for older children. If I ask him what he wants (say, show him two outfits or two snack choices), he doesn't pick one, he just stares at me or goes off and does something else. I don't think he's old enough yet to understand that I'm asking him his opinion and for him to choose an option.

So basically, I just don't understand how I'm supposed to apply positive discipline to a child his age. What am I supposed to do when I tell him no and he doesn't listen to me?

14 months is a big transition. It is often frustrating for parents, until they realize that in this new phase, they have to completely change how they parent, to meet their little one's needs for exploration and autonomy. Your son is no longer a baby, but a toddler. That means he will advocate fiercely for his needs. And as you said, he can't express himself well yet so he gets frustrated easily. But he actually comprehends a great deal. His biggest problem is that he can't tell you many things that you should know. Like:

1. His job is to explore. That means to touch everything. It means he NEEDS to pull everything out of the cupboard. That stretches his IQ. I know you want him to learn to think creatively, outside the box. So let him pull things apart, explore to his heart's content. This will only last a few months, and then he'll move on to other things.

What can you do about it? Babyproof. That way you can say No as little as possible. Make a game of seeing if you can avoid saying No all day. Really, if you babyproof, there should be almost nothing he can't explore, with you there to keep him safe. (Yes, it's fine to use substitutes for "No" like "That's not for babies....Let's look at this instead.")

The more you can give him opportunities to explore, the less he'll get into things that you don't want him to. So, for instance:

2. His job is to experiment and test. Sure, you said No yesterday, but maybe you won't say No today. Your job is to patiently, repeatedly, help him learn the limits that matter.

3. His job is to develop a sense of agency, or positive power. He needs to know that he can have an impact on the world. When he does something and you react strongly, he is affirmed in his ability to make things happen. That is such a joyful discovery that he laughs. He isn't trying to offend you, or hurt you, or make your life difficult. He assumes you will be cheering, too, at his newfound power. (Which is, by the way, a good thing -- the beginning of his ability to take responsibility!) What can you do to give him the autonomy and power that are essential to his development?

I hope this is helpful. This is a wonderful age. Your son's brain is exploding with learning. Your job is to support him differently than when he was a baby, so he can do his job! Enjoy him!

And don't miss the Toddler section of this website: TODDLERS.