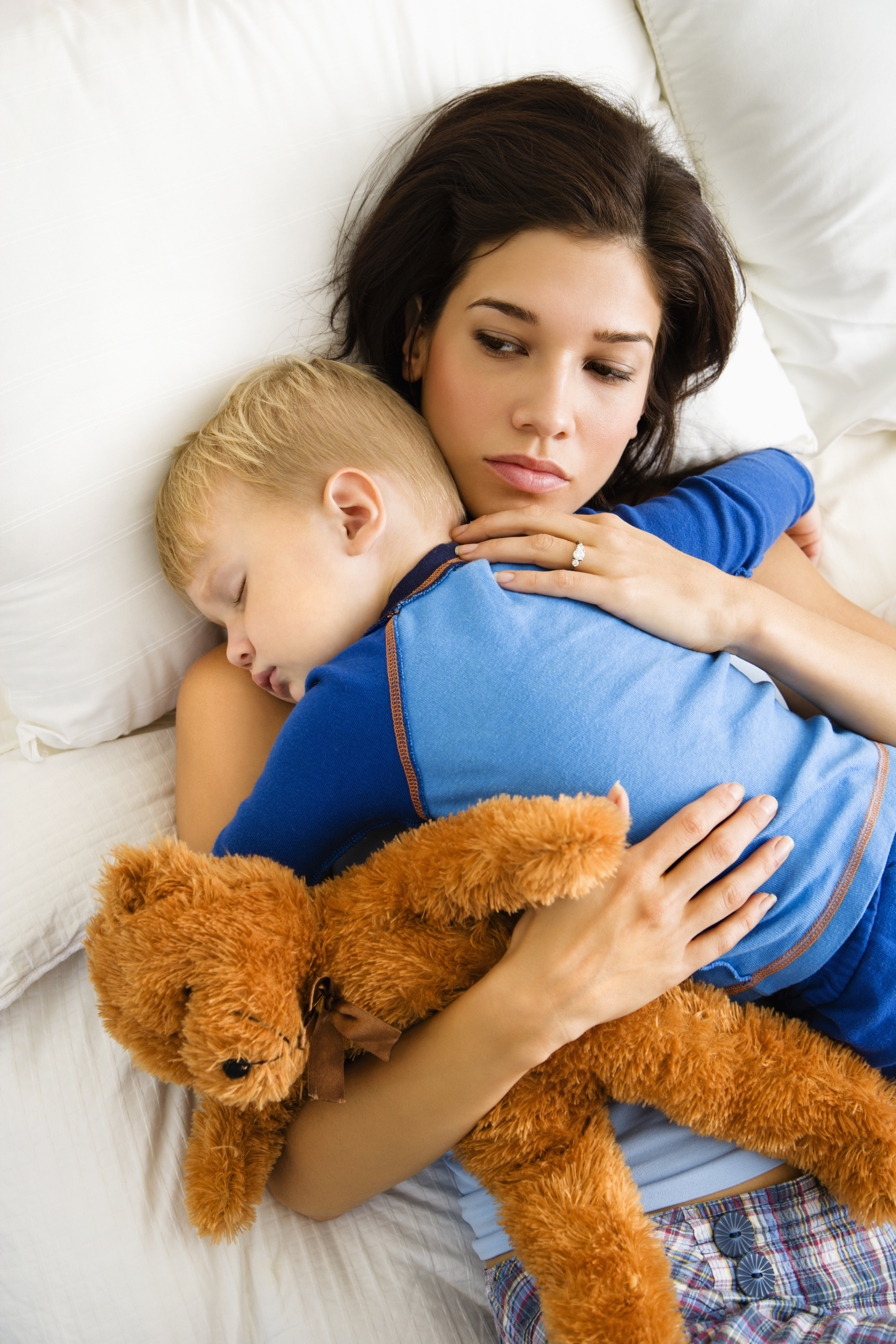 Dear Dr. Laura,
I was wondering if you had any advice for the sleep problems we're having. My 17 month old son has never been a great sleeper and that's ok but it seems like now it has gotten to the point where it just isn't normal, even for a terrible sleeper. I've read some of the advice you give on your website and most of it we have done or are still doing. We have a routine, we've tried moving his nap and bedtime to earlier and later times in the day and it seems like no matter what we still have the same problems.

We have a family bed and for nap time I close the bedroom door and lay down with him for 2 hours (I've timed it, I'm not exaggerating) while he runs around the room, flops around the bed, cries, laughs, etc. Finally, after two hours he will calm down and fall asleep.

We also have another baby due in a few months and I'm so worried about how he will get to sleep when I don't have two hours to devote to trying to get him to sleep.

This is so frustrating, but I want to assure you that it is not so unusual for 17 months. This is the age where little ones have moved from babyhood to toddlerhood, and we as parents need to evolve and learn to set loving, reasonable limits.

Clearly, a 17 month old needs a nap. I would never advocate leaving him alone to cry in a crib, as conventional parenting recommends. BUT you can certainly say "Now it is time to sleep" and hold him in bed with you. I would not allow him to run around the room at nap time or bedtime. More on that in a minute, but first, some prevention measures.

Toddlers this age are so excited about their new motor skills and capabilities of their body that they often have a hard time settling down. So your job as mom is to find ways to help him get ready for sleep.


Presuming you have all that covered, let's talk about a very common reason that children have a hard time settling into sleep. All kids save up an emotional backpack of emotions and sensations that they don't necessarily get a safe chance to feel and process during their day. As they lie down to sleep, and the ego controls of executive function relax, those emotions bubble up to be processed. Kids don't like that feeling -- those emotions got stuffed to begin with because they didn't feel good to experience. So kids run from them -- by being silly, or provocative, or simply by running around the room.

So emptying the emotional backpack helps kids sleep much more easily. I strongly advise daily roughhousing that gets kids belly-laughing, because laughter empties the backpack. But sometimes there is no substitute for crying, which does deeper cleaning. Of course, crying isn't magic in itself. It's the experiencing of those stored-up upsets, in the compassion of our safe presence, that's transformative. Crying is just the expression. So the key is to create safety with our acceptance of the feelings and love for our child as he cries, while we hold him or stay very close.

And that's where holding your son in bed for his nap comes in. I would be sure you've done some deep laughing with him -- maybe before lunch, so he doesn't get too riled up right before nap. Then, when you take him in the bedroom, you explain that it is nap time so we lie down and sleep. When he tries to get up and run around, you gently restrain him and explain tenderly but firmly that it is nap time and you will help him settle down and stay in bed.

Of course, your son will use the opportunity to cry and protest. That's a good thing. He will show you all those anxieties and upsets he has built up that day, and probably for months, that are making him so wound up.

Just so you know, when kids are feeling fear, they do writhe and struggle. But you are not hurting him by keeping him in the bed. Just keep reassuring him that he's safe and you are with him and love him.

1. You must be able to stay calm and compassionate and loving with your child when you do this. Your goal is to create safety. If you get angry, your child will sense it and will not feel safe.

2. This approach is not recommended with a child who has a trauma background.

After kids get a chance to empty their emotional backpacks, they usually fall fast asleep, faster than usual, because they are not fighting off all those anxieties. And if you do this a few times, not only will he be happier and calmer because he isn't carrying all those feelings around, but he will find it easier to lie down and fall asleep and he will start to do it every day!

I owe you a huge Thank You! Today has been remarkably different than before. I can tell he was working through some big emotions because when I held him in bed he struggled for a while but when I told him that I was his mother and I loved him no matter what and would never leave him a look of fear spread across his face and he clung to me crying. I kept reassuring him and he kept snuggling into me until he was in the position he used to breastfeed in (I gently weaned him at 14 months due to my second pregnancy).

He stayed in that position until he calmed down and peacefully went to sleep quicker than he ever has. I think maybe he was carrying around a lot of fear because of the changes that are happening due to my pregnancy, I can't lift him as much as I used to but I still try to hold him while sitting down as much as I can. He is such a wonderful little boy and your website has made me such a better mother. I can never thank you enough for all of the advice you have given, both in this message and on your website.