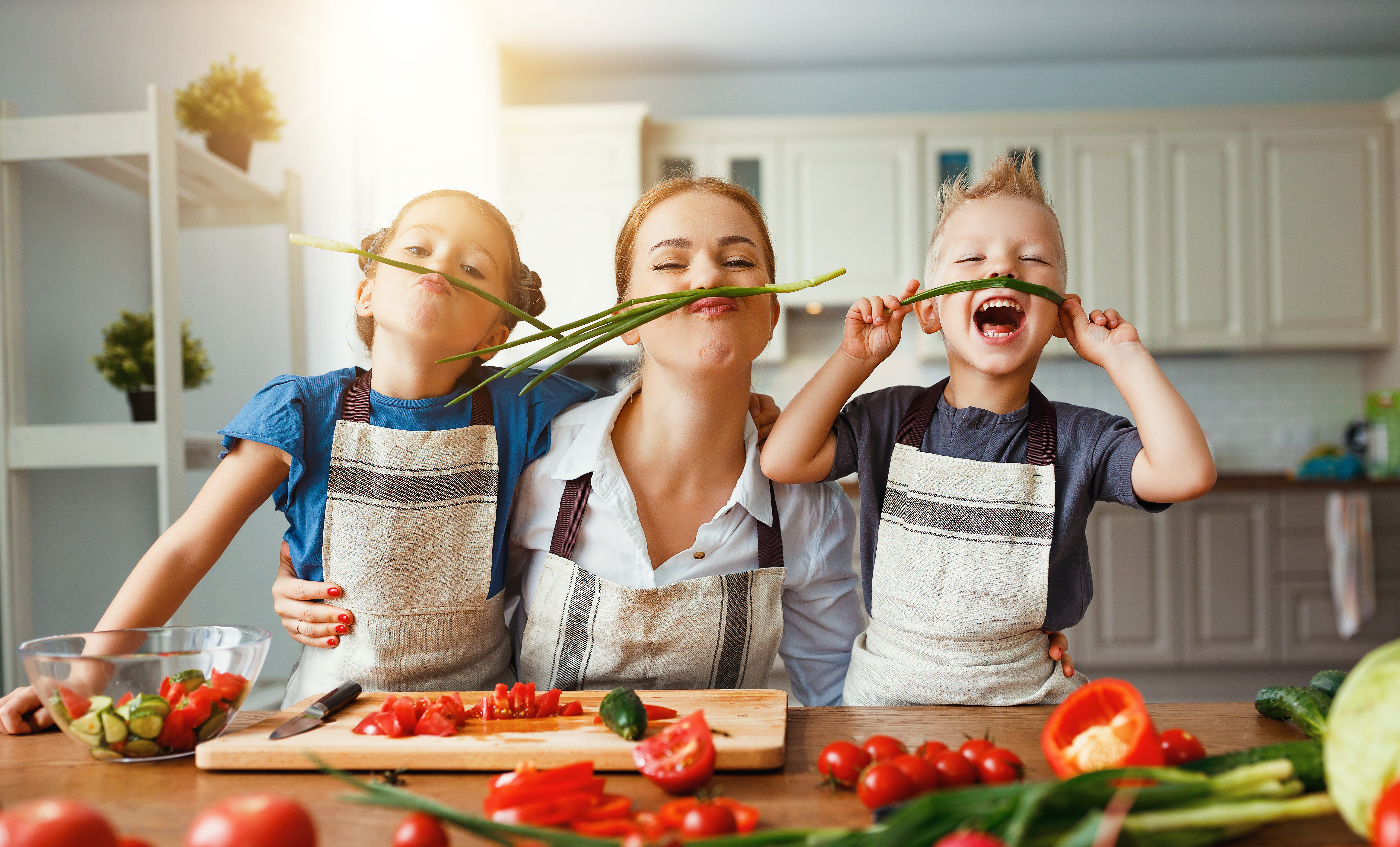 Dr. Laura,
Can you recommend an approach for kids to ensure they eat their 5 servings of fruits and veggies every day? When do you offer them? What If they spit them out, do we insist they eat? How do we respect their wishes and yet ensure they don't become kids who pick out veggies from their foods and become picky eaters? We have a two year old and a four year old. Thanks!

I'm not a nutritionist, I'm a psychologist, but I have found that psychology plays a part in helping children learn to eat healthy. The reason kids resist new foods is that new foods could be dangerous. In other words, kids who just ate anything new -- who were adventurous eaters -- often did not live to pass on their genes.

Most toddlers and many preschoolers do not like their food to "touch" -- in other words, to be mixed up. Some do, but most don't. I think that is part of the self-protective thing that insures they don't inadvertently eat something poisonous. So most kids do like it better when the veggies are separated from the pasta, for instance, and will "pick" them out.

Research has shown that the most important factor in getting kids to eat new foods is exposing them to the food. In other words, even if they won't try asparagus the first three times it is on their plate, they might try it the fourth time. Eventually, they are almost certain to try it. If you consistently serve lots of veggies, your children will eat veggies. And I think all children love fruit, if they are served it all the time, as long as they don't get a lot of sweets. Kids eat what gets served at their house.

If a child really does not like a specific vegetable that is served that night, then why not have a rule that they can have a different one that night? My own personal rule was always that they could have raw carrots out of the bag in place of a veggie they didn't like. Very nutritious and most kids like carrots. (With a two year old, you would need to be sure he eats them safely.) The other easy option is frozen, uncooked peas. Many kids love the cold texture. So you can easily pour some peas on their plate if they don't want their brussel sprouts. Remember that since kids are small, they don't need very much of any one food to equal a serving.

How to get the five fruits and veggies? If you always serve at least one veggie and one salad at dinner, and you always have fruit for dessert (or before dessert if you have a sweet dessert for a special occasion), then kids will always get at least two veggies and a fruit at dinner. You can always serve fruit with breakfast, and fruit with lunch.

For another veggie, why not make veggies a snack during the day? Kids are more likely to eat them then, when they aren't by the pasta or whatever the child prefers on the dinner plate. I think that hungry time of day at 4pm is the perfect time for vegies. Celery sticks with peanut butter are a time-honored kid-pleasing snack, but why not branch out? Baked sweet potatoes are very nutritious and make a great snack with a little sea salt. Cut up red pepper or zucchini sticks don't even need dip. Most kids like roasted vegies and they're good served room temperature, so make extra when you cook them for dinner and serve them to your children as snacks throughout the week. Sprouts may sound like they wouldn't be kid-friendly, but when my daughter got to be school-age, she would always snack on the healthy things I put in front of her while she was doing homework. So I would give her little dishes of greens to snack on, and now that she's a teen she eats sprouts and raw (mild) greens as snacks.

There are also many recipes online that help you to "hide" vegies in foods you cook. I don't think of this as tricking kids, so much as "this is the way we cook it at our house." So, for instance, I always grind a little bit of spinach up into my spaghetti sauce, and add butternut squash to mac and cheese. Kids like the taste of the dish, and as they get older, they just accept those ingredients as part of your secret yummy recipe.

All humans have likes and dislikes but some people are more picky as eaters than others. However, most kids will branch out and develop a broader range of foods they like by the time they are teenagers.

I would NEVER force a child to eat a food. I think it's fine to ask them to try one taste, but if they don't want more, or even if they spit it out, that's their prerogative. In other words, I would never insist a child eat something she feels like spitting out. In my personal (from childhood!) experience, that almost guarantees she will always hate that food.

Also, research shows that "rewarding" kids for eating veggies, for instance by serving them dessert, can backfire. It seems to guarantee they kids conclude that veggies must really be disgusting, or we wouldn't need to reward them for eating them.

You might want to read these advice letters about picky eaters:

Getting a Two Year Old to Eat Healthy Food

Toddler has Become a Picky Eater

I would recommend Ellyn Satter's "Child of Mine, Feeding with Love and Good Sense".

Mostly, I should reassure you that most kids end up eating diets much like what they grew up eating. So enjoy your own healthy meals, and your children will eventually follow in your footsteps!