How to Stop Biting at Preschool 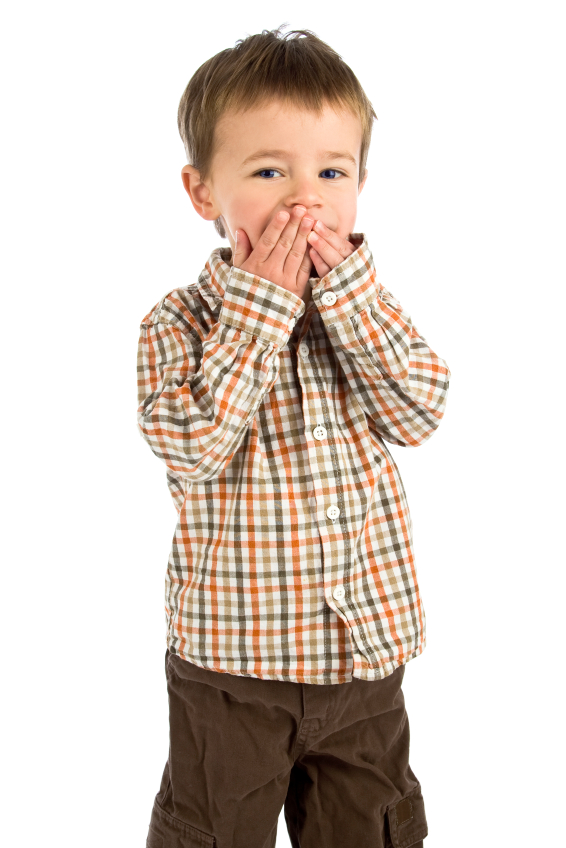 Hi Dr. Markham,
I have a 3.5-year-old son who is currently enrolled in preschool 4 half days per week. He tends to bite other children when he is at the peak of frustration in response to another child encroaching on his play space, knocking over his toys, or pushing/shoving him. Incidents always occur during free play when the room is crowded and noisy, and he is overstimulated.

My husband and I have spoken to him about how biting is never a solution, that he should use his words or find a teacher to talk to when he is frustrated. We have gone over this with him again and again. He has bitten three times this school year (two different kids). Should I take him out of school until he is mature enough to handle group play? The school wants him there, but they are not sure how else to handle the situation since we have all intervened many times now. Thanks so much. I am blessed to have found you through Facebook!

Biting is completely normal for little ones, because our mouths are the first part of our bodies to get tense. So when other children encroach on your son's play space, knock over his toys, or shove him, his body "explodes" with tension, and it all comes out through the mouth. But of course it is painful to the other child, frustrating for the staff, and embarrassing for parents. Not to mention, our kids don't actually WANT to bite other children. It's an act of desperation, a cry for our help.

Talking to him is a start, but it is not likely to give him much help when he's in that tense situation. His emotions will overwhelm his still-developing prefrontal cortex. Do you think the school would be open to trying some new ways to handle what's going on? Luckily, they know what your son's triggers are, so there are multiple effective strategies to intervene.

1. Space - Some people are just more sensitive about space than others, especially kids who have sensory issues. Is it possible for the staff to help your son find an out-of-the-way spot during free play where the other kids won't crowd him and knock over his toys? He should be allowed to have a personal bubble of space around him that is equal to the distance of holding his arms out straight. This is a good general practice for all kids at all preschools, but many don't teach it. And of course, some kids do fine without it -- but your son is not one of them.

2. Sound - The noise may be over-whelming to your son. Is there any way that during free play he would be willing to wear earmuffs? I know it sounds crazy, but it would probably lower his tension level. Another idea is for the teachers to address the noise level in the room by playing soft music. Sometimes that changes the whole tone.

3. Support Shadow - Some schools assign a staff member to "shadow" a child who is having issues with aggression. This is not to make him feel like he's under surveillance, but to be there to help him if he gets overwhelmed, so he doesn't have to lash out. And it doesn't have to go on for long; usually a couple of days is sufficient to turn things around. This is an especially effective strategy when the same two kids have repeated problems. You mentioned that your son has bitten two different kids, one of them twice.

So if the school agreed to do this, they would assign an assistant teacher to sit near your son and notice when other kids came too close (all kids, but especially these two). She could then suggest to your son that he hold out his arms and say "This is my personal space bubble, I'm feeling crowded, would you move, please?"

And, of course, if that doesn't work, the teacher is there with more intensive support: "Hey, Buddy, it looks like you're getting worried and a little tense....are you worried Ben will knock over your tower? Here, I will stand here so no one can hit your tower. Can you take a deep breath, now? That's great, blow that smoke out of your ears! That always helps us think better. Now, what can we do to protect your tower. Should we ask Ben and James to play their wrestling game a little further away?"

Some teachers practice these skills in the classroom with all the kids, as part of teaching empathy and social skills. You can also "role play" these games at home. That helps your child program his subconscious so that this scenario becomes available to him as an alternative when he gets worried. Of course, it can be hard to think straight when we're upset, so it's most effective if a teacher reminds him in the moment. Once he has used words instead of teeth to "defend' his space successfully a few times, it will become automatic.

Of course, if the teacher sees that your son is about to bite, despite her best efforts to help him use his words, she then needs to say "People aren't for biting!" and physically hold him back from attack. I think it is brilliant to hand the child a small teething toy, because redirection always works better than trying to stop the impulse with young children. He can even carry it in his pocket, and he will eventually outgrow it. (As he will eventually outgrow the biting stage.)

It will help your son if you can also read books about biting, such as:

Teeth are Not for Biting, by Elizabeth Verdick

You can also concoct stories and puppet shows about little animals who get shoved or their toy taken, and WANT to bite, but manage to control themselves and use their words. It's good to have one phrase they all say, like "People aren't for biting." (I guess if the story is about a little animal, you could say "Friends aren't for biting." Of course, your child might not see those kids as friends at that moment!)

You can also "play pretend" with him to help him "rehearse" what to do:

"Let's play school. Pretend you're playing and I bump into you, like Charlie does. You tell me "This is my space, Charlie. Please Move!"

Not only will your son learn alternatives, but hopefully you can get him laughing about the whole issue of biting. Laughter helps us work through tension and fear. And for your son, the whole experience of being overwhelmed with emotion, biting and then being scolded is loaded with tension and fear right now, which doesn't help him relax while playing with other children.

And, because focusing on the positive is so powerful, you might want to ask the teacher to positively report to you, in front of your son, how he was able to use his words to express himself. Since he has only bitten three times, this will focus both your son and the teacher on how good he is at using his words most of the time, which is the way to prevent him needing to use his mouth. Over time, your son will begin to see himself as powerful enough to protect himself by using his words -- in other words, someone who doesn't need to bite. Every day, celebrate (verbally) your son's use of his words at school. Your attention will create more of the behavior (talking) that is necessary to prevent his biting.