Raise a Smart Kid Who Loves to Learn

How to Raise an Intelligent Creative Child 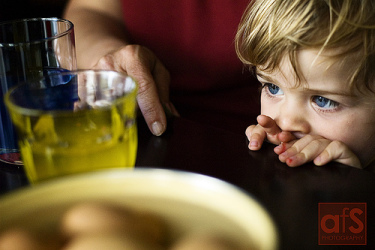 Stanford researcher Carol Dweck explains that students who believe they can "get smarter" by challenging themselves are more effective learners. Students who hold the more conventional view -- that they're either smart or not, which is known as a "fixed" view of intelligence -- worry that they might feel uncomfortable, or look "dumb," if they make a mistake, so they shrink from learning anything new.

It even turns out that when we explain to kids that they can "grow" their brains, they do. Dweck ran a now-famous experiment with junior high schoolers. In less than two hours total over an eight week time period, they taught the students concepts such as:

"Your brain is like a muscle that can be developed with exercise. Just as a baby gets smarter as it learns, so can you."

The results were nothing short of astonishing. The brain-is-a-muscle students significantly outperformed their peers in a math assessment, without any additional math teaching.

So our goal as parents is to raise kids who believe in their ability to build mental muscle.

Dweck calls this attitude a "growth mindset," which means that the child (or adult) knows that we're all on a learning curve, and naturally we'll have failures on the way to succeeding. Instead of being devastated by setbacks, people with a growth mindset are resilient -- they use "failures" as learning opportunities. Instead of worrying about whether they're "smart" enough, these kids know they can get smarter, just by working at it. When they have the experience that every child has while learning something new -- "This is hard; I'm not getting this, maybe I'm not that smart?" -- these kids are able to manage their anxiety by reassuring themselves that learning things can be hard but they can do it. They become perpetual learners who can learn what they need to in new situations and are motivated and curious to learn more.

By contrast, parents who tell kids "You're so smart!" undermine a growth mindset. When the child finds herself challenged, she assumes that maybe her parents don't understand that she's not actually so smart. After all, if she were smart, the task or lesson wouldn't be so hard. She may give up rather than look bad to her parents, or even to herself. Feeling challenged becomes too uncomfortable.

Parents who want to facilitate a growth mindset might say "You are working so hard at that; slowly but surely you're getting it!" The child learns that her own determination will determine her success. Feeling challenged begins to feel motivating instead of daunting.

As Dweck says in her TED talk “The Power of Yet,”, we can help children begin to see the message in setbacks as "You haven't succeeded Yet" rather than "You failed."  We do this by teaching them that they can grow their brain by grappling with hard concepts. That means that instead of  struggle and discomfort being a sign that they aren't good enough and should give up, struggle and discomfort are a good thing, part of all growth.

"Sure, this is hard," we can tell our children. "But you can do hard things! I'm right here to support you!"

One way that children learn a growth mindset is through play. As Albert Einstein said, "Play is the highest form of research."

When young children play, they're motivated to push through obstacles to accomplish their goals. That helps them develop a growth mindset and the ability to manage themselves to overcome challenges. They learn that challenges can be fun, rather than intimidating, and that hard work combined with a curious attitude can help them reach big goals.

That's one reason that many experts question our conventional understanding that academics are the best way to teach and learn.  They argue that academics work against a growth mindset by pushing children to rattle off "facts" they memorize, rather than encouraging them to enjoy learning through exploring their interests and discovering solutions.

Child development experts know that toddlers and preschoolers don't develop a love of learning when we give them flashcards, which have no relevance to what naturally interests them. Conventional teaching distracts young children from their critical work, which includes building with blocks, playing with rhythm and color, and learning how to get along with their peers. Research shows that these activities, which children are naturally drawn to, provide the foundation for later learning, from math skills to reading. These "childish" activities teach cognitive skills, and they teach the "soft" self-management skills that allow children to develop a growth mindset.

There's a great deal of research pointing to "soft skills" or "emotional intelligence" as a critical component of school success. If you can't manage your impulses and use your executive function to focus, it doesn't matter what your cognitive potential is. Creative and imaginative play--both alone and with other people--develops these skills.

Even imaginative play, which builds the "soft" skills of self-discipline and social navigation, makes a fundamental contribution to later academic success. Verbal and Logical Intelligence actually begin with talking and wondering, when kids participate in thousands of everyday conversations about life. That's why kids who are lucky enough have quality discussions with parents as toddlers and preschoolers do better as they make their way through school.

Multiple Intelligences: What Does "Smart" Even Mean?

Although intelligence is often equated with scores on IQ tests, most scholars now believe that IQ tests assess only part of a person’s intelligence. Traditional IQ tests basically measure the child's retention of verbal and mathematical knowledge. Unfortunately, this limited dimension is then equated with the child's intellectual potential. We know this is a problem because intelligence is not "static" -- it can grow. But it's also a problem because there are so many ways that humans can be "smart" that have nothing to do with retention of verbal or mathematical ability.

Dr. Howard Gardner describes seven different kinds of intelligence that are important in human functioning, all of which kids need an opportunity to develop:

Don't worry that you need to add these experiences to your "list" for your child. As long as your child has the opportunity to play and structure her own time--instead of spending all her time on academic pursuits and screens -- she will naturally explore most of these areas. (But of course that's an argument for limiting screen time.)

Our job as parents? Encourage our kids’ natural curiosity and interests, from dancing to reading to drawing. And make sure our kids know that it’s intellectual lifting that builds brainpower. Discomfort while learning is to be expected. Learning new things is hard, but your child can do hard things. It's worth it!

“In times of change learners inherit the earth, while the learned find themselves beautifully equipped to work in a world that no longer exists.” - Eric Hoffer

Thanks to Autumn Fawn for the wonderful photo!