Studies have found that middle children are often less close to their parents. That makes sense. They never had time as an “only” child the way the oldest child did, and they didn't get to linger as the baby because another child came along. Often, parents really are less close to the middle child because there is simply less one-on-one time to build a relationship. 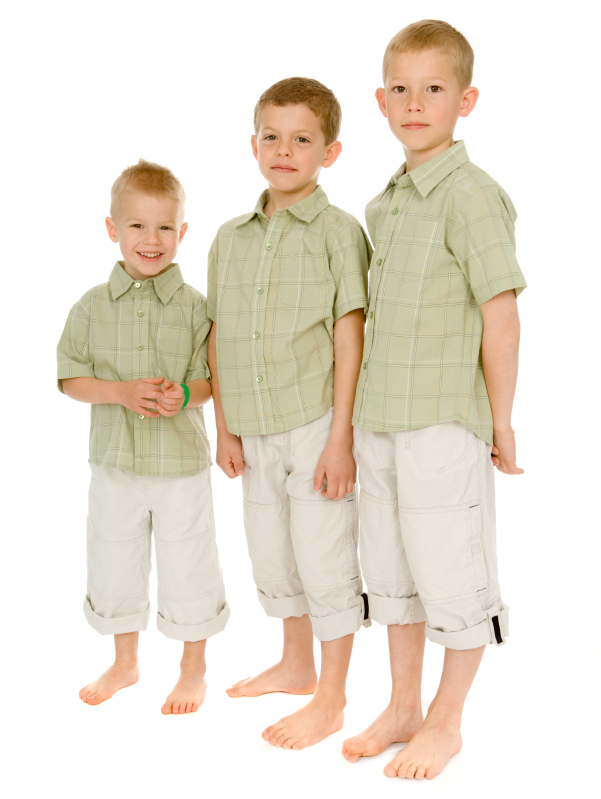 Not only are middle children babied for a shorter period of time, they get less parental attention at every stage. While the oldest impresses and challenges the parents with all those "firsts" and the youngest is indulged, the middle child is often expected just to cope. Because they get less support, they often develop a fierce independence and are less open to their parents' influence.

Middle children may also struggle with an “identity crisis” of not having a specific role in the family. They often see that the oldest gets more privileges and more celebration for new achievements. The youngest gets more attention and fewer expectations. They wonder what they can do to be "special."

The combination of less parental responsiveness and the “identity crisis” of not having a specific role in the family can make middle children feel less valued, so they may act out to get attention. Unfortunately, that often annoys parents, who throw up their hands in dismay at their middle child's defiance, rather than realizing that it's a cry for connection.

What can you do to prevent "middle child syndrome"?

1. Put extra effort into your relationship with your middle child.

Maybe that relationship is already super-close. But if not, or if you see your middle child struggling, consider that more connection with you might be just what she needs. Be sure that you acknowledge her feelings even when you disagree with them. For instance, you may not agree that the youngest gets special treatment, but your child needs to know that you hear her when she tells you that's what she thinks. Make an effort to notice who she is, and let her know that you "see" her and treasure her, exactly as she is. Most of all, enjoy her. When children feel in their bones that we delight in them, they feel valued and loved.

2. Be sure that your middle child feels she "belongs" and is a significant part of your family.

All children share a fundamental need to feel significant in their families. Middle children are in a position where this need is less likely to be met. Every child deserves to be adored unconditionally just for being herself, without have to "do" anything to earn that, so make sure your children regularly bask in your loving attention.

In addition, "recognize" the unique qualities that each or your children brings to the world:

Finally, give each child the opportunity to contribute, so that they feel they have an important role in the family.  So, for instance, be sure to value the "chores" your child does and the responsibilities he takes on, as a unique and valuable contribution to the whole family.

3. Encourage your middle child in all passions, but particularly in ones that are not already "taken" by the oldest.

Middle kids need to feel like they can shine, too. It's hard to compete with a child who is older, so it's beneficial if your second has some turf that is all his.

4. Coach middle children to stick up for themselves,

for instance to walk away when the older sibling pushes them around. Often, they’ll keep playing, compromise their own integrity, and then feel resentful. When your kids get into an altercation, encourage each one to voice their needs and wants to the other without attacking. "You can tell him how you feel, Jason.... Say 'I need a turn, too!'"

5. Be sure middle kids have other social interactions where they have more power

so they don’t only learn the role of giving in. Middle kids need connection outside the family so they can experiment with being more powerful. Middle children will often want to play with friends instead of siblings. That’s fine, but include their friends with the family as well, so they’re at your house some of the time, rather than always at friends’ houses.

6. When your middle child complains, listen and empathize.

But also point out that he gets the best of all worlds – he doesn’t have to fight for privileges like his brother, who trail-blazes with the parents and gets them to loosen the rules. Unlike the little one, he gets included in big-kid adventures with his big brother. And he also gets to help with the baby and be a big brother himself. And while it won't make a difference to him now, you can also let him look forward to the day when he WILL be the oldest at home, when his big sib graduates from high school.

This article was excerpted from Peaceful Parent, Happy Siblings: How To Stop the Fighting and Raise Friends for Life. published by Perigee/Penguin.

“This book walks parents through sibling scenarios – even ones for very intense children – and breaks down the specifics of how to approach common struggles, without making parents feel guilty or overwhelmed. It is a wonderful resource that gives parents the tools to not only help our children while in the midst of conflict, but also helps us to teach our children how to be the loving, kind and respectful brothers and sisters we know they can be.” — Gina Osher, The Twin Coach