Setting Limits with Teens and Preteens

"This weekend, I asked my 13 year old son (who does not like to shower) to shower on Sunday morning. He whinged and finally committed (after I expressed my frustration) to do so before bed. Then in the evening, he claimed he did not recall making a commitment and would not shower the same evening, but would do so Monday am (which he ultimately did). Besides this going against basic hygiene needs, it broke what I consider a promise and his obstinacy and lack of respect for me really got me worked up. This looks to be a deep laziness and unwillingness to put effort in to doing anything he doesn't care to do/ contribute to. I'm at my wits end and don't feel inclined to engage with him anymore until he "comes to the party." 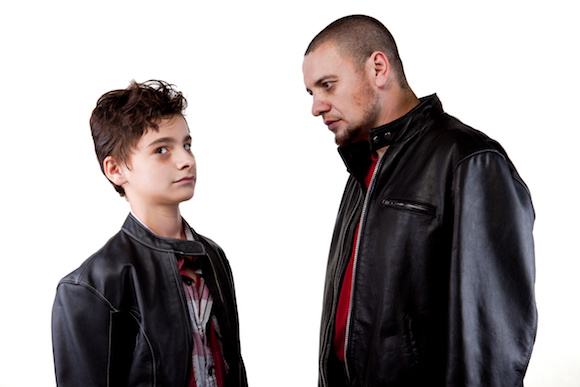 It's frustrating -- and even scary -- when we make an agreement with our child and they don't keep it.

It's even more frustrating and scary when we realize the limits of our power as parents. At some point, all children become too big to force them to do things physically. Intimidation stops working.

But when our frustration gets the better of us and we resort to nagging, yelling, and giving them the cold shoulder by "not engaging," we just drive them further away.

As that barrier grows between us, future cooperation becomes less likely. The young person begins to feel "My parents never understand." Managing the parent by lying becomes more likely.

So we have a choice. We can develop a chip on our shoulder because our young person is so unreasonable, irresponsible, lazy or whatever. Or we can realize that the only power we have to influence our child is connection, and work like the dickens to stay connected to our young person, even when we get frustrated. Lots of emotional work on our part, but ultimately a much better outcome.

And that leads to the next choice all parents have to make, especially as our children hit the teen years. We can assume we're right about all of our beliefs. Or we can realize that maybe what we take for granted is just an assumption. Can we allow our young person NOT to agree with us, without assuming that expresses a lack of respect? If every assertion of self is a lack of respect for the parent, the teen will need to become more defiant, for his own mental health. Our unwillingness to examine our own assumptions leads to more drama.

Which brings us to yet another choice all parents have to make. We can go through their child and teen years taking everything personally, as in the very common response of "This is a lack of respect for me." Or we can choose not to take it personally and to see the situation from their perspective. Which in this case might be:

So this is a depressing impasse, right? Hygiene is a perfect example of the conflict between the parent's assumption about what the child "should" do and the child's lack of interest in the task. Is there no way to influence our young person to do things we consider necessary, without provoking rebellion?

I think this is like anything else we teach our children. We set limits with empathy and get in their face in a friendly way to enforce those limits, with humor and affection. We try to teach them behavior that is in accordance with our values, but we don't try to control their attitudes or emotions. We understand that our only influence comes from connection.

This presupposes a relationship where connection is easy and warm.

When children are little, this is often an order ("No hitting!") but as they get older, this works better as an observation and question that cedes at least some control: "I notice you haven't showered in a few days and as you know, I think it's important to shower regularly. What's your plan to shower this weekend?"

"It sounds like you really see showering as a waste of time. I hear you. You're a busy guy!"  If you're like most parents who assume you're right and your child is being unreasonable, this may be where you feel entitled to express your frustration. But from your child's perspective, you're unreasonably asserting control over his body about something totally unimportant. Any time we use frustration or force to get our way, we provoke resistance.

4. Stick to your expectation and ask for cooperation.

That's if you still think it's important, of course. If your young person explains that a shower will wash the cool dye out of their hair, and they want to keep it for one more day so everyone in school will see it on Monday, you may well shift your expectation.

But let's say you still want your kid to do what you're asking. You say "I hear you. You hate showering and don't think it's important. That's because we humans don't really notice our own smell! But even though this isn't important to you, it's important to me, because it's good hygiene to shower regularly, just out of basic respect for others, so they don't have to smell you. When you're a grown-up, maybe you'll decide NEVER to shower, and you'll make it into the Guinness Book of World Records. But I would still like you to shower this weekend. When would be a good time for you to shower?"

5. Be specific about the agreement and shake on it.

"So you're committing to shower before bed, which means around 8:30pm, right? Thank you. I appreciate your willingness to do this for me, even though you don't yet share my feeling that it's important. Let's shake on it." From the time children are very young, it's a good idea to shake on agreements and say "We always keep our promises." (Fair warning: they will recall every promise you ever break, even for good reason, and you will have to make repairs. But they WILL take promises seriously.)

6. Remind respectfully and with connection.

Approaching the issue with respect like this makes it more likely that your young person will agree to what you're asking, and will be willing to keep their commitment. But that doesn't mean you won't have to stay involved to hold your limit or be sure they meet your expectation. So at dinner, bring it up again. "What are your plans for the evening? I'm delighted to hear that your homework is done, and I know you plan to shower around 8:30pm. Do you have time to play a quick game with me before that?"

When 8:30pm comes and goes and your young person is still on the couch, plop down on top of him. "I wonder why this couch is so lumpy? It can't be Alex. It's past 8:30, so I know he's in the shower. Hmm....what's going on here?....Oh, my goodness, that lump is you, Alex! I'm shocked, shocked to find you still on the couch at shower time!" As long as you're doing this with a sense of humor, you'll both be laughing, and he'll head to the shower.

Does this seem like a lot of work? It is. But this is what the work of parenting is all about. You're teaching the important lessons. Look what your son learned!

Hard? Yes, because we have to work on ourselves. But this approach makes our children better people. It makes us better people. And it creates a home with a lot less drama -- and a lot more love.