The Cure for Whining

Should children get what they want by whining? Absolutely not.  Should they learn that they can get their way by marshaling good arguments and making them in a reasonable, humorous, charming way that meets your needs as well as theirs? Absolutely, if you want them to get anywhere in life. But how can we help children make that transition? 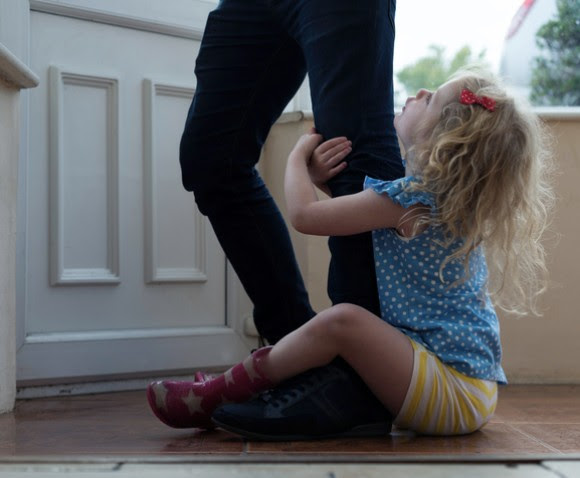 Whining is common with toddlers and preschoolers. Parents are usually advised to tell their kids to ask in a "nice" voice, because they can't hear the whiny voice. But whining is a symptom of a deeper issue. So if you want to eliminate whining, you have to address what's underneath.

If your child's whining is driving you crazy, here are six parent-proven secrets to stop the whining. Which secret you use depends on why your child is whining.

1. Whining because he doesn't have the internal resources to cope with what's being asked of him.

When humans feel overwhelmed, they get whiny. As a toddler, he would have thrown himself howling to the ground, but by three or four he can often whine instead. Meet his basic needs for food, rest, down time, run-around time, and connection with you, or you can count on whining. He may not tantrum as much as he used to, but he will certainly whine if you force him to endure that shopping trip while he’s hungry and tired. Why create a negative situation that stresses both of you and contributes to the habit of whining?

2. Whining because she needs more connection.

Be pre-emptive. Make sure that your child gets enough of your positive attention, unprovoked. Pre-empt whining by giving attention BEFORE she gets demanding. Anyone who's had to ask a romantic partner "Do you love me?" knows that attention that's given after you ask can never really fill the need. The secret is to take the initiative and give attention the child hasn’t asked for, often, so she feels your support and connection.

And of course it's particularly important to connect when she shows the first sign of needing your emotional support, before that quick downhill slide. No, you're not rewarding "bad" behavior by giving her attention when she's whining. If she were whining from hunger, would you think you were rewarding that by feeding her? It's our job to meet kids' needs so they have the internal resources to cope. Connection is a basic human need, and children can't function well without it.

3. Whining because she doesn't like what's happening but feels powerless to get what she wants.

Remember, you're not out to manipulate her, but to connect. Start by letting her know that you hear what she wants, and you see her point of view: "You really want to go to the playground, and you keep telling me that, and here I keep stopping at all these stores that you aren't expecting, and you're disappointed, right?" Sometimes just feeling heard is enough to stop whining in its tracks.

Then, if she keeps whining, you can say playfully "You don't sound like yourself. I wonder where your usual strong voice went?"

Express confidence that your child can use her "strong" voice and offer your assistance to help her find it, by making it into a game:

You'll also want to give your child alternate tools to ask appropriately for something and negotiate with you. Since whining is so often a function of powerlessness, helping your child to feel that she can get what she wants through reasonable measures will carry over into the rest of her life.

So if you simply don't have time to go to the playground today, then don't. Be empathic about his desire, and nurture him through the meltdown, as described in #4 below. But if your objection is to his whining, rather than his request, and he manages to pull himself together and ask in a reasonable way for what he wants, then you'll be able to engage in the kind of conflict resolution that finds a win/win solution.

Are you "rewarding" whining? No, you're empowering him by demonstrating that finding solutions that work for both of you is the way to get what he wants in life.

I often hear from parents that this "empowering with the strong voice game" strategy works like a charm the first time or two, but that after that the child refuses to play and just continues whining. That's a signal that your child actually needs something else -- to cry. Which brings us to:

4. Whining because he needs to cry.

He has a lot of pent-up emotions about things that are stressing him -- the new babysitter you left him with on Friday night, that kid who grabbed the truck away in the sandbox, potty training, the new baby -- there's no end of stressful developmental challenges! Toddlers let off stress by simply having a meltdown, but as they get older they gain more self-control, and begin to whine instead. Be kind in response to his whining until you get home and have a few minutes to spend with him. Then draw him onto your lap, look him in the eye and say

"I notice you were feeling so whiny and sad, Sweetie. Do you just need to cuddle and maybe cry a bit? Everybody needs to cry sometimes. I'm right here to hold you."

5. Whining because it works.

Don’t reward whining, meaning don’t give in and buy the candy. But there is never a reason to be less than kind about it. Responding to his desire with empathy ("You are so disappointed that I said no; you really wish you could have that candy...") helps him feel less alone with his disappointment. And there's nothing wrong with finding something else that will make him happy, like a shiny red apple or a trip to the playground. That teaches him to look for and propose win/win solutions. If, by contrast, he feels like he only gets what he wants by whining, he’ll become an expert whiner.

6. Whining because you'll do anything to stop it.

Why do parents hate whining so much? Because whining is your little one's more mature form of crying. She's letting you know she needs your attention. And human grownups are programmed to react to whining much as we do to crying, so the needs of tiny humans get met. So the minute you hear that whine, you react with anxiety. You'll do anything to stop it.

But if you can take a deep breath and remind yourself that there's no emergency, you'll feel a lot better, and you'll parent better. Don't let your automatic crisis mode of fight or flight kick in. Don't feel like you have to solve the problem, or do anything at all except love your child. Just smile at your child and give her a big hug. Most of the time, the whining will stop.