Helping Your Child Cope with Your Divorce 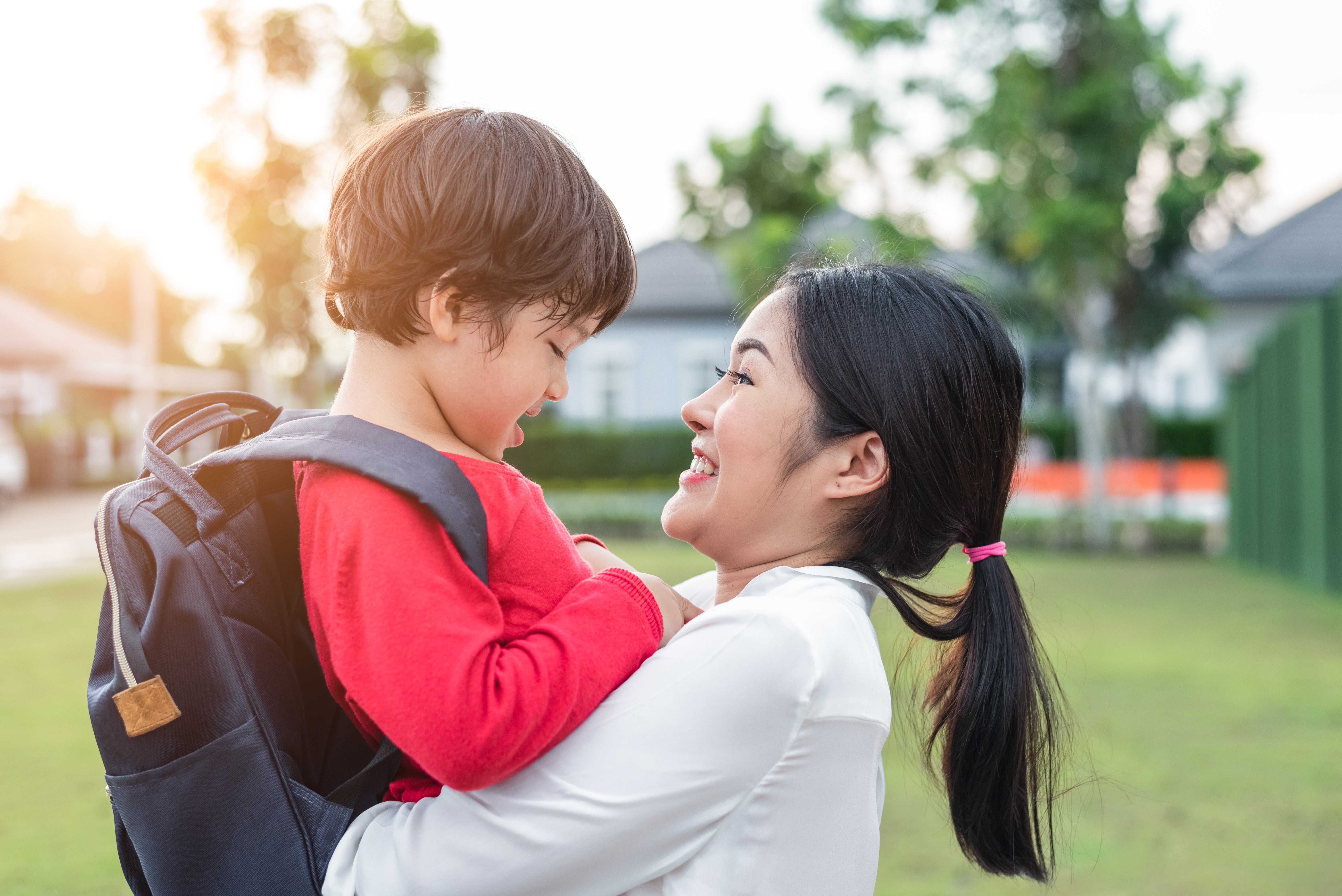 My son is 5 and is very attached to both myself and my husband. After 8 years of marriage, my husband and I have decided to separate. Our relationship has not been well for the last 3 years or so. My husband is planning on moving out at the end of the month and we will proceed with a divorce. The hardest part of all of this for me is:

(2) Ways that i can support him through his process of grief, anger, acceptance, etc. He is very sensitive.

I have inquired about play therapy and hope to have that work out. Any other advice/guidance is immensely appreciated.

Divorce is a loss, regardless of the positives that can eventually result. And it's a loss for our children, as well as for us. You're a wise mom to prepare to help your son through this process. Let's take your questions one at a time.

I think it will be very hard for your son to "understand" what is happening, except by going through it. That said, it is best for you and his dad to tell him together, and to both "shoulder the responsibility" so he won't blame just one of you for breaking up the family. Just say you have decided that you can't live together any longer, so you will live separately.


Stress that children don't get divorced -- that he will continue to be both your son and his dad's son. He will probably have very concrete questions: Where will he sleep? Will you both be at his birthday? If there is a pet, who will have the pet? Think through these answers before you sit down with him. As much as possible, plan to keep his life as much the same as possible -- home, bedroom, school, activities, friends, etc. This is important to give him some stability during a very hard time. Make the decisions for him -- don't put him in the position of making choices about which parent to be with.

Given that he is only five, you can expect him to react in a volatile way. If he gets angry, meet his anger with compassion. If he cries, hold him and empathize. Let him rage, cry, and vent. This will feel like a death to him, and in fact it is: the death of his family. Resist the urge to defend your decision. This is not about you, it is about him. He's entitled to his feelings. Don't take it personally and don't be defensive.

You can also expect to have to repeat this conversation in various forms over time, given that he is too young to really get all of it. You can also "act out" the scenario with stuffed animals, and tell him stories about boys whose parents got divorced, and who felt sad, but both parents still loved them and everything worked out.

Ways that i can support him through his process of grief, anger, acceptance, etc.

1. Reaffirm with his dad that your son's emotional health is your mutual priority. You may not be marital partners, but you will always be child-raising partners. Keep reaffirming this to yourself every time you get mad at your ex. Keep re-affirming it to your ex as you model maturity in all of your interactions. Your ability to maintain a positive relationship with your ex will be key in your son's adjustment.

2. It is in the best interests of the child to arrange shared custody so both parents stay equally involved in the child's life. That means you have to give up half the custody. But it will dramatically increase the chances that your son will grow up emotionally intact. Just keep telling yourself that kids need both their parents. Would you be a great single parent? It's irrelevant. What's damaging for your child is feeling abandoned by the other parent.

So this means you will have to help your son through the separations and the back and forth dislocations of visitation.

Remember that your child did not get divorced. Most of the time when a parent loses contact with a child after a divorce it is because of the conflict between the ex-spouses. He is still related to, and needs, both of his parents. Be happy when he has fun with the other parent. Don't make him feel guilty for loving his other parent. Your job is the opposite, to nurture his relationship with his other parent.

Tell him that he can see each parent whenever he wants to. Make this easy for him. Your goal for the him is stability and as much time with each parent as possible.

3. Expect Big Emotions. This is a huge adjustment for your child. When he cries about the smallest thing, be aware that he is carrying around a backpack full of grief and anger that needs to come out somehow. Don't make him feel analyzed by telling him that he's really mad about the divorce, but simply empathize: "You are so upset because you really want to do ____ and I won't let you....I'm sorry you can't do ____, Sweetie."

Let him have his or her feelings, don't try to argue. Listen, and reflect back what you hear: "Sounds like you're pretty mad at me that we're getting divorced."

5. Help him develop a positive "understanding" of this big transition. One way to do this is by making a book for him. Start with when he was born, using family photos, emphasizing how much you both love him. Say something like: "Mom and Dad decided that they could not live in the same house any longer.....So Dad moved to his new place on ____ Street (use photo of your son and dad happy in new place)..._____(Your son's name) loved the ______ at the new place and loved playing _____ with Dad at the new place and making popcorn together......Sometimes he was sad and missed the old days.....but he and mom still did _____ together every Friday night.....and both mom and dad always celebrated his birthday." You get the idea. Anything positive you can say about the new arrangement, say it, for instance if it means he can have a puppy, or a goldfish, or if he now has TWO of a special toy, one for each house. Make sure you finish with how Mommy and Daddy are much happier now, and both love him so very much.

Play therapy is also a terrific way for kids to process big emotions and develop a positive way to understand what is happening. And of course you can do some of that at home as well, using stuffed animals to "act out" a family that is separating and sad, for instance.

There's a very detailed article on the Aha! Parenting website with lots more recommendations for weathering divorce with your child.

I wish you and your family deep healing.

Dr. Laura has a video offering advice on divorce with children. Click here to watch.