Should you make your child apologize?

After there's been a falling out between siblings, most parents insist that their children apologize to each other.  Most of us do this automatically, because it's expected, but also because we think that will teach the child how to repair things after a conflict. 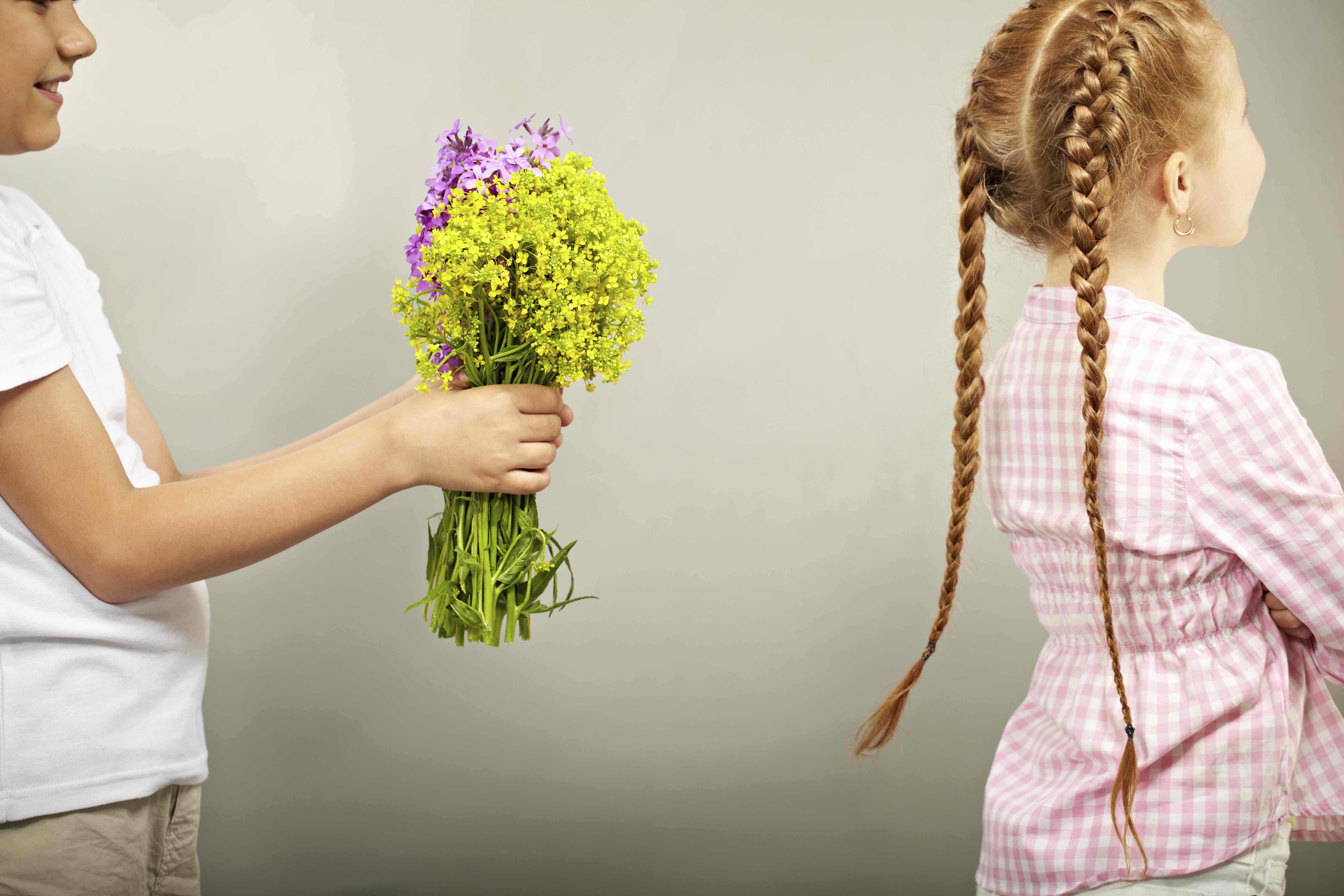 But research on adult couples (by John Gottman, the pre-eminent couples researcher in the US) shows that when an adult feels forced to "apologize" to their partner before they're ready, it doesn't repair the relationship. It creates resentment and the relationship gets worse.

I haven't yet seen any research on forcing kids to apologize, but if you ask children what they think of this practice, they’ll tell you all about what they're learning from it and the effect on their relationship with their siblings.

Doesn’t it sound like forcing children to apologize is teaching all the wrong lessons, and we might want to re-think the whole practice? What could we do instead?

1. Focus on helping children communicate rather than on the ritual of apology.

If you follow the practices of helping children express their wants and needs, listen to each other, and restate what they heard their sibling say, children will begin to heal their conflicts at a deeper level, so that apologies often become almost superfluous, just as with adults. (Wondering how to do all this? Check out the articles in the Sibling section of this website, and remember there's lots more practical advice in my book Peaceful Parent, Happy Siblings.)

2. Wait until the anger has subsided.

If the child is still angry, then they need to feel heard before they can listen to their sibling’s perspective.

3. Once the child is no longer angry, empower him to repair things with his sibling.

Once they're no longer angry, humans often look at the wreckage caused by their anger and wish they could make things better. You want your children to get in that habit early. So instead of trying to extract an apology, which will just make your child feel like they "lost," help them feel like a hero -- someone who makes things better.

“Your brother loves you and looks up to you. When you yelled at him, it looked like it really hurt his feelings. I wonder what you could do to make things better with him.”

4. If your child suggests apologizing, listen to her voice.

If she sounds sullen or angry, acknowledge that the apology wouldn’t be heartfelt, and ask her if she thinks that it would make her sibling feel any better. Say

“Apologizing is a wonderful way to make things better, Sweetheart, but I don’t want you to apologize until you mean it. I’m not asking you to say something that’s untrue; I don’t think that ever makes anyone feel better.”

If your child draws a blank and wants suggestions for repair:

Remember, though, that you aren’t assigning your child a “consequence” to pay off his debt. You’re empowering him to see himself as a generous person who can make things better when he’s done something hurtful. So HE has to choose what he might do to make things better. You can give him ideas, but then say “I know you’ll figure out the perfect thing to do….I can’t wait to see what it is!” Hug him and leave the room.

6. What if your child says “I don’t want to repair things with her!”?

Acknowledge that he’s still very angry, and why. If you can, help him with the anger. Then, set the expectation that when he feels better, a repair of some sort is in order.

“I guess you’re still so mad that you don’t want to make things better with her right now...and I know that even though you and your sister fight, you also love each other, and it makes things better if you can do something to repair things…Maybe you need some time before you’re ready to repair things with your sister. It can take some time for the anger to melt away….I can’t help you with your feelings any more right now, but we can talk again later…When you’re ready, I know that you will know just the right thing to do to make things better.”

This article was excerpted from Peaceful Parent, Happy Siblings: How To Stop the Fighting and Raise Friends for Life. published by Perigee/Penguin.

“This book walks parents through sibling scenarios – even ones for very intense children – and breaks down the specifics of how to approach common struggles, without making parents feel guilty or overwhelmed. It is a wonderful resource that gives parents the tools to not only help our children while in the midst of conflict, but also helps us to teach our children how to be the loving, kind and respectful brothers and sisters we know they can be.” — Gina Osher, The Twin Coach