Research shows that most people think strict parenting produces better-behaved kids. However, research studies on discipline consistently show that strict, or authoritarian, child-raising actually produces kids with lower self esteem who behave worse than other kids -- and therefore get punished more! Strict parenting actually creates behavior problems in children. Why? 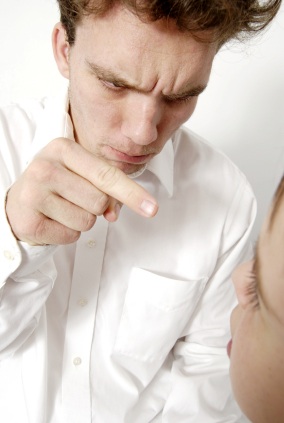 1. Strict parenting deprives kids of the opportunity to internalize self-discipline and responsibility.

Harsh limits may temporarily control behavior, but they don’t help a child learn to self-regulate. Instead, harsh limits trigger a resistance to taking responsibility for themselves. There is no internal tool more valuable for kids than self-discipline, but it develops from the internalization of loving limits. No one likes to be controlled, so it's not surprising that kids reject limits that aren't empathic. They see the "locus of control" outside of themselves, rather than WANTING to behave.

2. Authoritarian parenting -- limits without empathy -- is based on fear. It teaches kids to bully.

Kids learn what they live and what you model, right? Well, if kids do what you want because they fear you, how is that different than bullying? If you yell, they'll yell. If you use force, they'll use force.

3. Kids raised with punitive discipline have tendencies toward anger and depression.

That's because authoritarian child raising makes it clear to kids that part of them is not acceptable, and that parents aren't there to help them learn to cope and manage those difficult feelings that drive them to act out. They're left lonely, trying to sort out for themselves how to overcome their "lesser" impulses.

They learn to obey, but they don't learn to think for themselves. Later in life, they won't question authority when they should. They're less likely to take responsibility for their actions and more willing to follow the peer group, or to dodge responsibility by saying that they were only trying to “follow orders.”

5. Kids raised with harsh discipline tend to be more rebellious.

Studies show that children raised with a strict parenting style tend to be more angry and rebellious as teenagers and young adults. To see why, simply consider how this works for most adults. Virtually all of us were raised with some degree of harshness, and we chafe at control to that degree -- even when we're the ones imposing it! That means we end up with problems regulating ourselves. Sometimes this shows up as anger and resentfulness at any perceived limit or criticism, or by over-reacting when we think someone is trying to tell us what to do. Sometimes it shows up in rebellion against the limits we impose on ourselves. For instance, we may harshly starve ourselves with a new diet and then rebel by binging. (Not surprisingly, studies show that kids raised with strict parenting are more likely to become overweight!)

6. Because kids raised strictly only "do right" when we're there, they get into more trouble.

Parents who relate punitively to their kids have to cut off their natural empathy for their children, which makes the relationship less satisfying to both parent and child. Parenting also becomes much harder for these parents because their kids lose interest in pleasing them and become much more difficult to manage. So strict parenting makes for unhappy parents. And children who are parented strictly end up fighting with parents and carrying a chip on their shoulder. As they get older, they look for love in all the wrong places.

The bottom line is that strictness does not work in creating better-behaved kids; in fact, it sabotages everything positive we do as parents and handicaps our kids in their efforts to develop emotional self-discipline.

And what does work? Many studies show that there's another way that works best. This approach has been called "authoritative" parenting, but I don't like that word because it is usually confused with "authoritarian." (Notice they're spelled differently, and they don't mean the same thing!) Instead, I call this parenting style "Empathic Limits" to get across the point that we do set limits, just like the Authoritarian (strict) parents, but we do it with empathy, just like the Permissive parents. Children thrive on Limits and Age-appropriate expectations, but only if they're set with empathy. Here's how.

But it's important to note that this doesn't just mean a happy medium between Permissive and Strict. The happy medium approach tends to compromise standards in ways that aren't good for kids ("Ok, you can stay up later") while continuing to use punishments like Timeouts -- milder, but still punishments. In other words, it isn't great for either parents or kids, even if it isn't as bad as authoritarian or permissive. Why? Because parents feel forced to compromise their standards, and their kids still don't behave very well (because the parent is still using punishment.)

What we're really aiming for is the expectations and limits that keep kids functioning at a high level, combined with the warmth and support of "Permissive." That combination of empathy and limits is the sweet spot that raises amazing kids -- and makes for the best parenting. For a complete explanation of this parenting style, see The Sweet Spot Between Strict and Permissive.

Want to explore the research behind this approach? My favorite resource is the index of Alfie Kohn's wonderful book Unconditional Parenting, which lists hundreds of peer-reviewed studies that support this view. That's a wealth of research. I refer readers there because you get a synopsis of peer-reviewed research from a credible academic, and you get the citations to track the studies down if you want to. But here are a few studies to get you started. More are being published every day.