Teaching Your Baby to Put Himself to Sleep

How do you get your baby to go to sleep and sleep through the night?

He may accomplish that milestone on his own, soon. Or he may need a little help from you to learn how to put himself to sleep, not just at bedtime but throughout the night. All humans have sleep cycles that take us into slightly wakened states during the night, and we all need to learn the skill of falling back into a deep sleep. 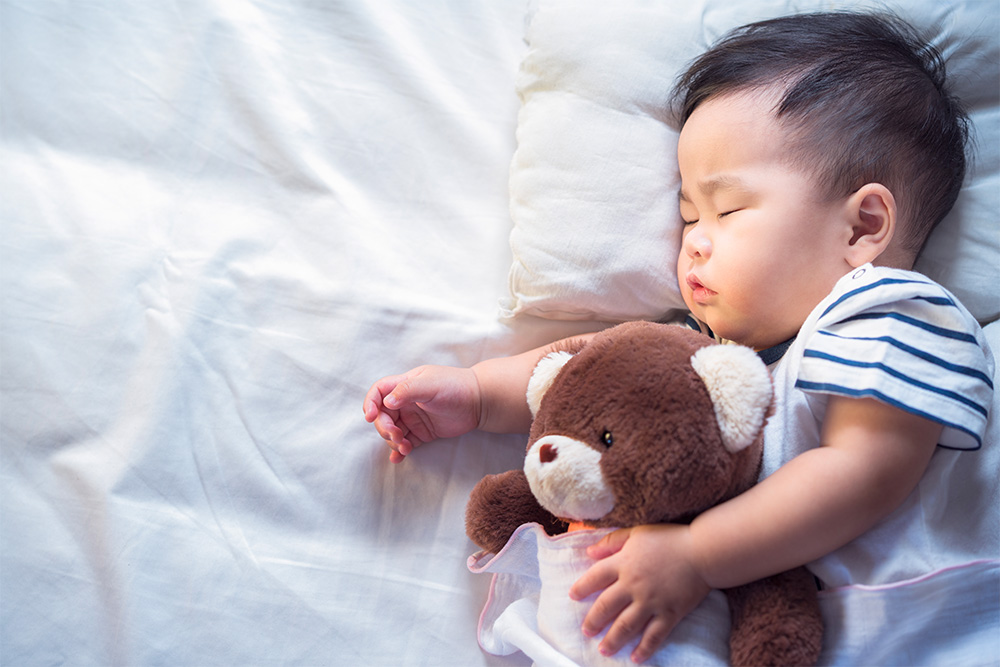 You'll be interested to know that most babies around the world either do not fall asleep without being held, or do not sleep all night long in their own crib. It simply isn't a "normal" thing for babies to do, biologically speaking. But all babies can learn to sleep alone, if you're up for teaching.

Happily, that can be done without traumatizing your child. Do you need to sleep-train? No. You can teach babies to fall asleep without the sleep associations of rocking or sucking, and without leaving them to cry. This is not an overnight process -- it can take months -- but it does work. And once they know how to fall asleep by themselves (meaning without you giving them a breast, bottle, pacifier or your arms to rock them), they are more likely to be able to put themselves back to sleep when they wake slightly at night, rather than calling for your help.

If you'd like to begin developing good sleep habits early, you'll want to start by helping your baby learn to put himself back to sleep. But you need to do this in tiny steps. Here's how.

1. Wake your baby when you put her down to sleep.

Most newborns and babies will cry if they are put down alone when they're sleepy. There's a reason. They desperately want to sleep, but they need a safe place to do that. And they're hard-wired to know that only your arms provide that safe place. After all, babies who were put down in a jungle to sleep were probably eaten by wild animals. The babies who protested until they were held by their parents were more likely to survive and pass their genes on to us. So human babies go into a panic when they're put down to sleep, and all that adrenalin wakes them up and makes it harder to settle. While there aren't yet good studies about the lasting effects on the baby, it can't be good for a baby to regularly experience the panic of crying for a parent who doesn't come.

So work WITH Mother Nature, not against her. Go ahead and comfort your baby to sleep. But once she's sleeping, when you go to put her down in her crib or bassinet, jostle her a bit when you put her down. Just enough to wake her slightly. I know, you've just worked so hard to get her to sleep that this will take real courage on your part. But just decide that you'll always include this little jostling as part of the process.

You're teaching your baby something priceless -- that when she finds herself half-awake in her crib, it's safe to go back to sleep. She won't do this the first fifty times you try it, of course. She'll cry and you'll pat her or even pick her up if necessary to calm her. But after awhile, she'll learn that she's safe. She may startle or whimper for a moment, but she won't go into full panic mode. In fact, more and more often, she'll simply shut her eyes again and drift back into sleep. Celebrate that moment, because that skill is what will allow her to begin putting herself back to sleep at night, not so long from now. Keep practicing.

2. Begin to break the association between nursing/eating/sucking and sleep.

If your baby needs you to feed him or give him something to suck on in order to fall asleep, then he will always call for you to help him fall back asleep during the night. So your next step is to gradually break the association between sucking and falling asleep.

Usually, babies find it easiest if you start by rocking them. Yes, this is another sleep "crutch." But it's an easier sleep association to break than sucking is.

Feed your baby when he first wakes up from sleep, and again a bit later if he is awake and still hungry. But when he is just sleepy, experiment with walking or rocking him instead of feeding him. That way, he begins to learn to fall asleep without sucking. Of course, you are still using rocking or walking to get him to sleep, but we'll break that sleep association in the next phase.

PLEASE NOTE: This does NOT ever mean you withhold food from a hungry baby. You don't start this until your baby is several months old, nursing or eating well, and physically thriving. Infants need to eat very often, so you will often find that your infant is hungry and tired at the same time. If you walk or rock your baby and he continues to cry and protest, then he may very well be hungry as well as tired. In that case, feed him right away.

The point here is to gradually break the sucking/sleep association by helping your baby fall asleep in other ways than sucking. More and more often, he will indeed fall asleep without sucking. If he's hungry, he will keep crying to let you know, in which case of course you will feed him.

3. Help your little one learn to fall asleep lying still (in your arms).

Once she's used to falling asleep being rocked or walked instead of eating, the next phase is to get her to fall asleep without rocking. So you begin with rocking, but then, before she is actually asleep, you stop rocking, and just sit, holding her calmly. If she protests, begin rocking again. Keep repeating this. It may take 25 attempts, but eventually she will begin falling asleep even though you have stopped rocking. That’s a real victory.

Do this for a week or so until she's used to it as your new routine: getting sleepy while rocking and then falling asleep in your arms while not rocking.

4. Help your little one learn to fall asleep in his bed.

The next step is to begin lowering him into the crib or bed still awake although almost asleep. When he protests -- which of course he will -- pick him up again in the rocking position and rock a little, then stop. Keep repeating this. It may well take 25 attempts, but eventually he will let you put him into the bed without protest. Be patient. You're almost home!

5. Touch instead of holding, in her bed.

Eventually, you will be able to put your baby in the crib and hold her there while she falls asleep, because she will not need rocking any more. Then you move to touching, but not holding, your baby, while she falls asleep in the crib. Eventually, she will be able to fall asleep with you simply holding her hand. Keep doing this until she accepts it as your new routine -- getting sleepy rocking, but then being put into her bed lying on her back and falling asleep there, holding your hand. At some point, you can substitute a toy instead of your finger.

Guess what? You now have a baby who can be put down in the crib awake, and who will fall asleep on her own!

I suggest that you begin by reading the section on Infants and Sleep, for a general framing of this issue, including my bias toward keeping infants near you during sleep. (Why this bias? Because it gets you more sleep, and reduces the risk of SIDS for your baby.)

If you're considering Ferbering, you'll also want to read my biased view on that.