Your Toddler or Preschooler and TV

PreschoolersToddlers How to Raise an Intelligent Creative Child Media and Tech

If you want a child who can spend long hours entertaining herself (which will afford you many breaks and make you the envy of all your friends with children); and if you want your child to have the best chance of reaching her educational potential, be able to listen and retain what she learns and need to spend less time doing homework, studying for tests, stressing about school in general; then don’t turn on the TV for the first 2 to 3 years. It is much easier than you imagine. But once you begin using TV, it’s harder.
-Janet Lansbury 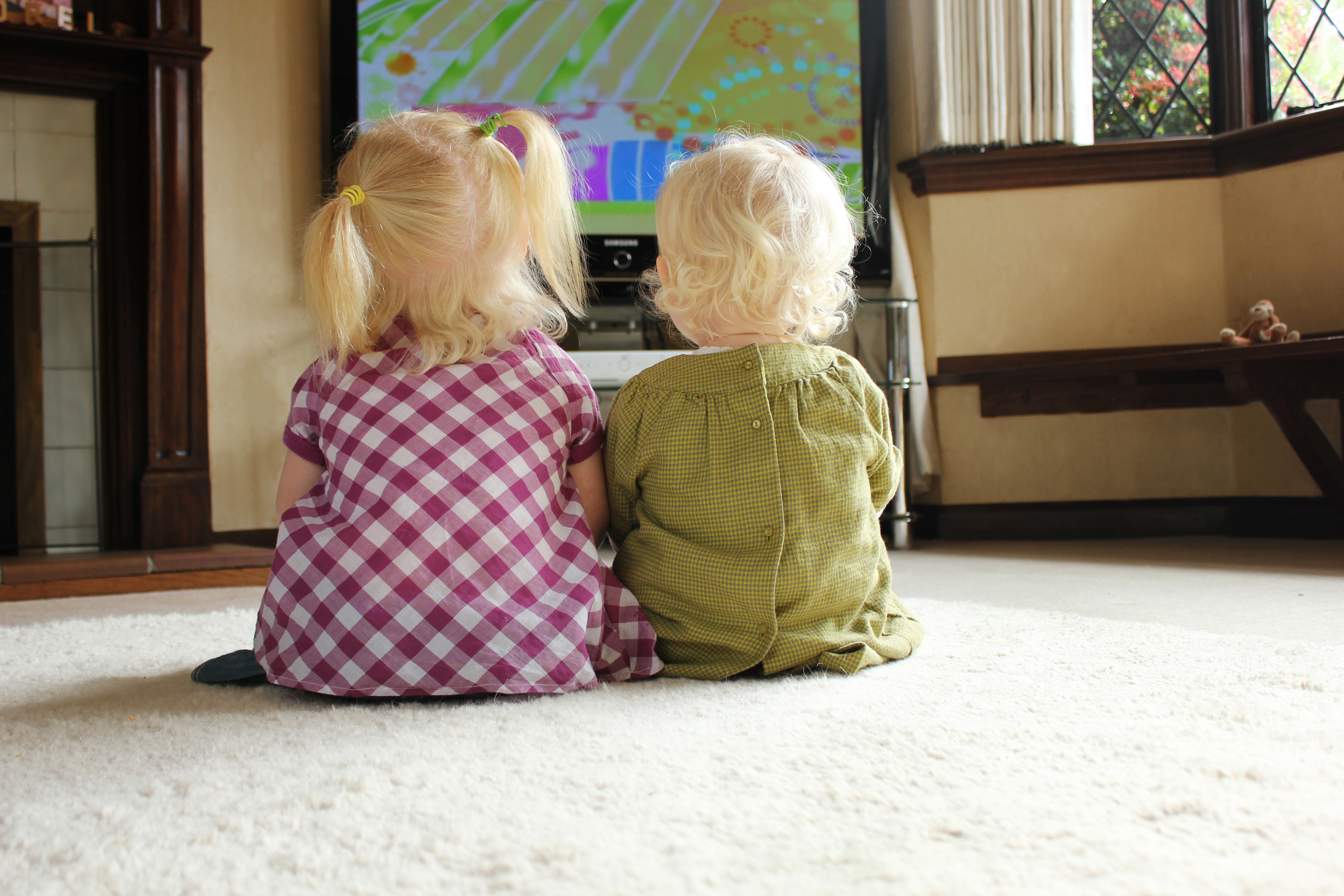 How much screen time should your Toddler or Preschooler have? Are you ready? The latest research on the effects of TV on the developing brain indicates that young children's brains are irrevocably changed, for the worse, by screen exposure. So in my opinion, no daily time on an ongoing basis.

Of course, screens are a terrific babysitter. If you have a new baby in the family, or you're trying to get some essential alone time with each of your kids, or if you're easing an airplane trip, it's my vote that screen time is totally worth the risk. But if you routinely use TV so you can get stuff done, you're actually shaping your child's brain so that he will be LESS able to entertain himself over time.

In my opinion, it's better to find a babysitter or a preschool program for a few hours a day. Risking your child's brain development is too high a price to pay for keeping him busy.

The American Academy of Pediatrics is more open on this. Drawing from the research, they suggest that children under age 2 not watch any TV and that kids over age 2 be limited to an hour or at most two, daily, of quality programming.

That comes out to about ten hours per week. And yet, toddlers and preschoolers in the US watch an average of 32 hours of TV every week.

Why is this a problem?

If you're protesting this as an extreme position, consider it from another perspective. Would you let your child engage in any other daily activity likely to negatively impact the way his brain is developing, or damage her body?

TV and computer games stimulate your child's brain to develop differently, and many of those changes seem to have to do with shortening attention spans, reducing impulse control, and heightening aggression. There's increasing evidence that the more TV kids watch the more likely they are to have ADD and ADHD symptoms.

Young children's brains were designed to develop optimally by engaging with the physical world, and with the imagination--being told stories, for instance--rather than to be fed passive viewing that bypasses the need for imagination.

Toddlers and preschoolers may not look busy, but they have important developmental work to do. Fantasy play, building with blocks, artwork, social interaction with their peers and siblings, cooking with their parents, climbing, swinging, looking at books. These activities help your child's brain develop as it's designed to, giving her people skills and problem solving creativity, as well as the foundation for math and reasoning.

What about the forbidden fruit argument? If your policy is simply that you don't watch TV at your house, your child won't question it, any more than he would question your decision not to serve sodas. Kids who don't drink sodas while growing up don't usually develop a taste for them. And if you're concerned about your child feeling left out of what the other kids know, you can always change your policy when kids get older and peer pressure makes it "essential" for your middle schooler to catch the latest show. Because she's starting later, the likelihood of addiction is much less, because it doesn't impact brain

What about the computer? I know, it not only babysits, it teaches your child to read! And computers are certainly better than TV because they're interactive. But most experts recommend that you delay introducing the computer, or strictly limit young kids' time on it, because computer games are also designed to be addictive.

Regardless of how carefully you monitor your young child's screen time, you're changing brain development. You're also setting up addiction. By the time they're eight, if not well before, you won't know what they're seeing on TV, because they'll be changing the channel when you're out of the room. Better not to get a habit started, and meanwhile leave time for the child to develop the habit of reading.

Does TV Teach Children to Hit?

There is no question that "violent" programming causes greater aggressiveness in children. We have solid evidence from hundreds of studies on the effects of children's TV viewing. Think your children aren't seeing violent programming? Think again. According to the University of Michigan's Health System:

The American Academy of Child and Adolescent Psychiatry, in a review of the literature, says that violent programming can cause kids to:

Studies show that even when the family atmosphere shows no tendency toward violence, kids can develop these symptoms. The Academy psychiatrists suggest that parents protect children from excessive TV violence in the following ways:

WHAT TO DO INSTEAD OF TV

Most toddlers and preschoolers who have never been exposed to TV and computer are used to keeping themselves occupied, and they stay busy. But if you're trying to break the electronic habit, try using audio books instead. These are more creative (since your child supplies the imagery in his own mind) and not addictive, but they offer kids downtime during which they're engrossed in something and less likely to need your attention.

To address times when your child just needs an activity of any kind, try an Idea Jar for boredom busting.

I should caution you that kids won't be able to occupy themselves if you have not spent any time that day with your child -- he needs his fix of parental attention and only something as engaging as TV or computer will divert him. But if you've spent the last hour building towers and reading to him, his emotional bank is full of your undivided attention. Now he just needs a transition to get into the next thing.

It’s great if you have a jar pre-filled with ideas, for when you draw a blank.

“Do you want to draw a picture for Grandma? Build a city for your beanie babies? Listen and dance to music? Cut out strips of paper and make a paper chain that reaches across the living room? Put on your jacket and make a sand castle in the sandbox? Or come up with an even better idea on your own?”

Of course, your child may not need a structured activity. Many preschoolers left to their own devices are happy to engage in fantasy play with an imaginary friend or some action figures. My daughter at age four would say "I think I'll play with Betsy" (her imaginary friend) and stay happily occupied for an hour.

Make it clear that it’s their job to entertain themselves. Once they get used to it, they will come to love this time on their own. The benefits to their imagination and self regulation are priceless. And learning the skill of managing their time and entertaining themselves is an essential protective gift for children growing up in our over-scheduled culture.